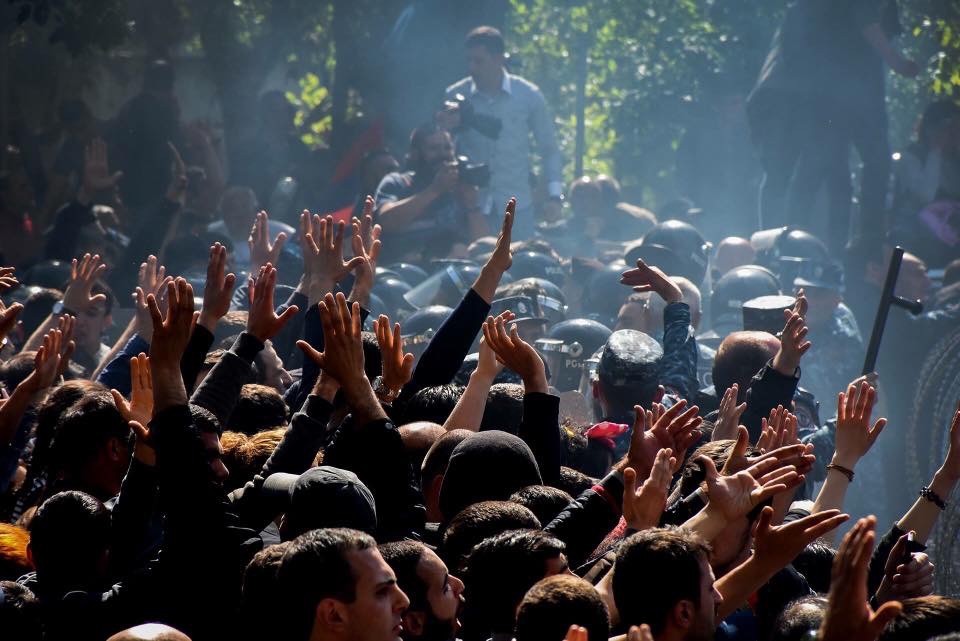 April 18, 2018 ARWC Statements / Press Releases
The Armenian Rights Watch Committee—ARWC is watching. Once again we monitor the movements of peaceful protestors in Yerevan. Once again we are shocked by the conduct of policing authorities. Our concern is not which political party is at the helm: we are not a political organization. It is the departure from international norms impacting the civil rights of Armenian citizens that concerns us. It is not reasonable for the Yerevan Police to blindly throw a flash-bang device into a crowd of innocent bystanders and peaceful protestors, absent a strong governmental interest. And, here, there was no government interest at all supporting such an act. The protestors were nonviolent. They were unarmed. They were not physically menacing. They posed no danger to themselves. They posed no danger to the police. The tactics utilized by the police in Yerevan today bore no reasonable relation to the circumstances and served no public safety purpose. The promised reforms have not tempered the arbitrary use of force by the Yerevan police. They have not curtailed the human and civil rights violations brought upon Armenian citizens. They have not bolstered any meaningful support for the rights of Armenian citizens to peaceful assembly and freedom of expression. That is unfortunate. The world is watching as our policing authorities attack the fundamental rights of civil society again. And again the Yerevan police demonstrate that they know well how to protect and serve the establishment. We just wish they could bring themselves to protect and serve the citizens instead. ARMENIAN RIGHTS WATCH COMMITTEE—ARWC; ARMENIAN BAR ASSOCIATION