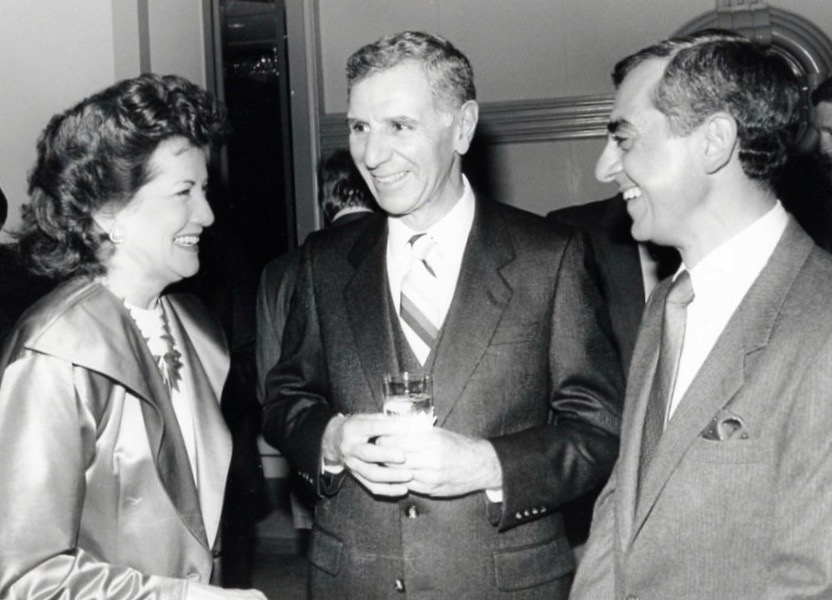 Growing up, there was a very short list of famous Armenian-Americans.  We could cite William Saroyan, Ara Parseghian, Mike Connors and a just a few others.  But thanks to the Armenian newspapers, another Armenian began achieving prominence – a young legislator named George Deukmejian. It seemed like a week did not go by that they didn’t prominently feature “the Duke” in one article or another.  And for young Armenian political junkies like me, the Duke was a role model.  So, 50 years ago, it was easy to recognize him sitting in front of me on a shuttle ride to the Miami Republican Convention Hall, and I walked up and tapped him on the shoulder to introduce myself. Instead of brushing me off, George introduced me to Gloria and invited me to breakfast with them. None of that would have taken place without George connecting my heritage to my political interests.  It was my first insight into George’s Armenian identity. George’s parents emigrated to America escaping the genocide committed against the Armenian people by the Ottoman Turks.  The better and secure life they found here – with hope and opportunity – gave passion to his first inaugural address as Governor. I strongly believe that George’s lifelong determination to fight crime and injustice here at home was defined by his heritage – because of the lawlessness, disorder, social chaos and terror that drove our families from their homeland.  It’s the belief that civilized society won’t survive if its citizens cannot trust its government to protect them from harm. So, Duke’s career blossomed with his “tough on crime” positions and thoughtful legislation…while his fellow Armenians played a prominent role along the way. But George carried far more than his civic duties.  With his celebrity status came requests to speak at Armenian charity picnics and dinners, attend church dedications, oversee openings at the Old Folks’ Homes, appear at meetings of youth groups, and serve as Master of Ceremonies at dozens of assorted gatherings of his fellow Armenians.  He almost never said, “no.” Now, like many of us first generation Armenian-Americans, George’s native language skills were not exactly pristine.  But, remember, his first name is Courken, not George.  So, because of that there were times when he was surrounded by Armenians who were unaware of – let me say…his linguistic challenges.  And they would crowd around him chattering away in our native tongue.  Finally, George would hold up his hand in protest, and then say – in perfect Armenian – Hyeuhrenees’ Sosecallee Teeshvar Gookah.   Which means: “My Armenian language comes exceptionally difficult to me.” It was a phrase he had memorized, and for a moment, they mistakenly applauded his Armenian language skills as fluent.  But then everyone realized George was underscoring his limitations, and had a good laugh and we went back to English.  And he was appreciated all the more for his honesty. 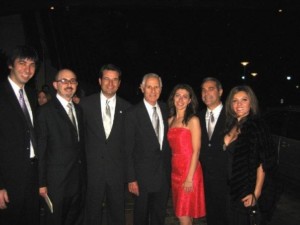 Unsurprisingly, each Duke campaign had a strong share of Armenian contributors.  But what happened in 1970 speaks a great deal about our friend.  His was a very long shot for Attorney General, since he was still a little-known State Senator.  Still, countless Armenians came forward to contribute.  George lost that race by a wide margin, but he did something I have never known another politician to do.  He refunded his leftover campaign funds instead of keeping them for the next election. George was not consumed by ambition and never really intended to run for Governor.  When I broached the subject early in his Attorney General career, he replied that being A.G. was the only job he ever wanted.  He only ran because his actions as A.G. were repeatedly blocked by the Governor, the Courts, and the Legislature.  And the only way he could change this would be to run for Governor. Once again, we turned to Armenians to raise a good part of our financing – with a strong role played by our friend, Karl Samuelian.  Folks like Jimmy Kayian, the Parnagians and Richard Peters loaned us their airplanes.  George took great pride in the way all of them stepped forward, along with the thousands of other loyal supporters But with three weeks to go, there was an explosion in our campaign when we lost our campaign manager to unforeseen events.  George was behind, we had our backs to the wall, and we were short on money. Karl set up a meeting for us with an elderly Armenian farmer in the San Joaquin Valley.  After visiting for an hour, the gentleman talked about the bigoted attacks on his heritage which had deeply wounded him as a young man. And then he quietly handed George a check for $50,000.  In today’s media and communications, that would be worth close to a half million dollars, and it was critical to our success. We barely won that election by just over 1 percent of the vote. George once observed that the only reason the victory margin was so small was because he managed to keep his charisma under control. What a great celebration that first inauguration was in the Armenian community! I think we had Shish Kebab at the inaugural ball! There is an aftermath to the story of that election.  I know it may come as a surprise to many of you….but Armenians have a reputation for being thrifty.   Greg Kahwajian reminded me about someone coming up to George after he was in office and saying: “Now, let me get this straight…you just spent $8.5 million for a job that pays $48,500 a year……..Are you sure you’re Armenian?” In 1983, I helped George arrange a visit for several prominent Armenian-American leaders with President Reagan.  As I led them into the room, President Reagan practically knocked me over…saying: “Where’s Duke?”  George was his favorite governor.  But more importantly, that meeting provided a forum to help the President understand the Armenian Genocide.  It was done so through the poignant memory of Genocide survivor, Archie Dickranian, who came with us that day. Now….a couple of anecdotes to share. One of George’s most prominent traits was speaking his mind.  Stu Spencer told me the story that when George first contemplated statewide office, Stu took George to Los Angeles to meet with a political reporter.  That particular reporter – a sort of loud mouth and know-it-all – chattered away and lectured George.  George listened very politely, thanked him and left.   When they got in the car, Stu said: “What do you think.”  George looked at him and said: “That guy is nuts!” Then there were those situations when George was displeased with people.  The Armenian word for being naughty is “CHAR.”  C-H-A-R.    There were many occasions when staff members or legislators crossed the line…or were, in our language, “CHAR.”  Like Larry Thomas, Willie Brown, and my brother.  And when that happened, George often would not say a word….and then only give them what we famously called: “The Armenian Head Wag.” George just shook his head back and forth as if to say: “How could you disappoint me like that?”  There is more than one person in this room who has received the “Armenian Head Wag.  Some might be sitting in the front row today! As I look out in the audience I see hundreds of you whose careers were literally transformed by George Deukmejian.  But he gave you far more than that.  He called you to dedicate yourselves – as he said in his First Inaugural Address – “to achieving a Common Sense Society….where principle is not passe, and the qualities of truth, honor, honesty, sacrifice, morality and hard work have meaning and respect.” And that’s why what we said in the re-election campaign of 1986, will always be his legacy: “Great State.  Great Governor.”