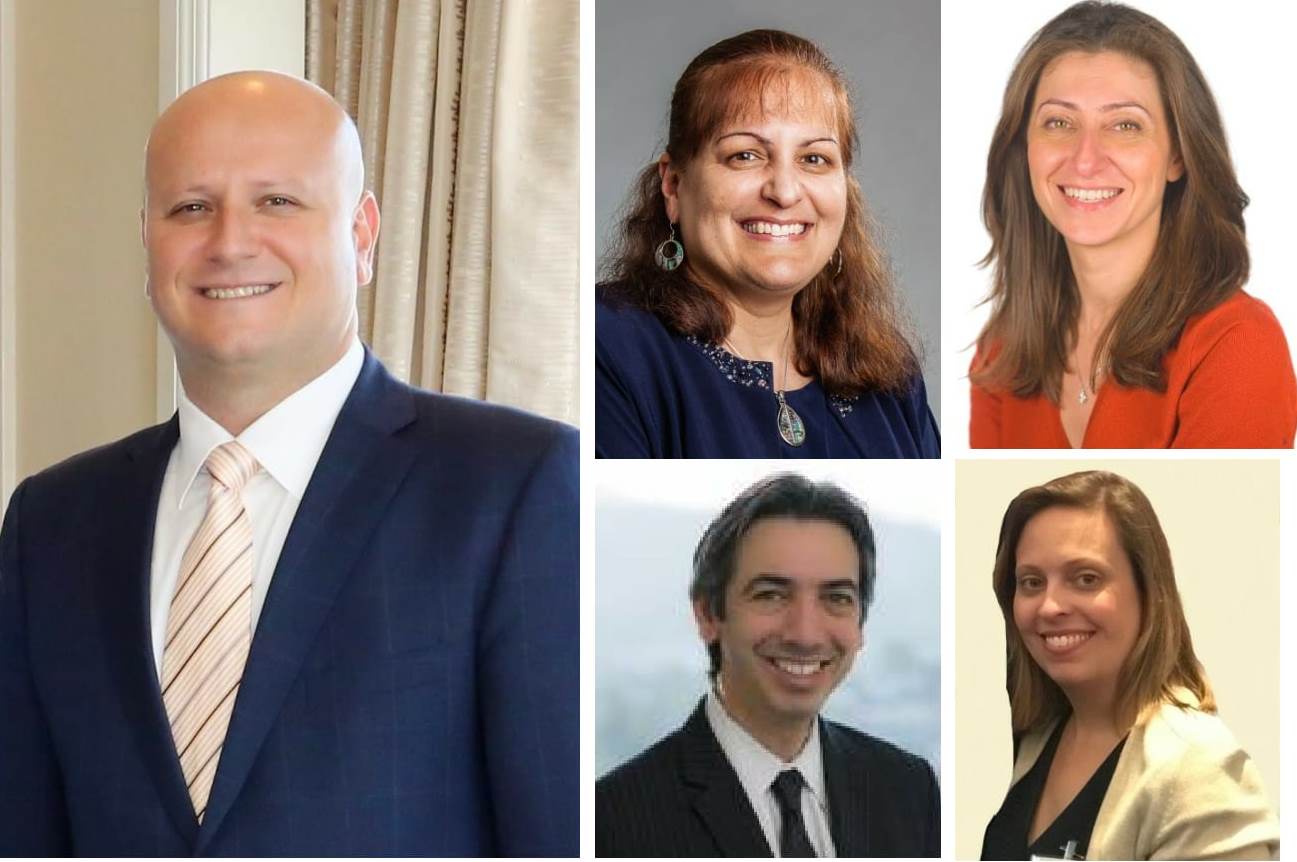 June 21, 2018 Press Releases
The great American poet Ralph Waldo Emerson could have imagined Armenia, Artsakh and the Armenian Bar Association when he condensed into a crisp, six-word serving the taste of victory during the tender month of May.

“What potent blood hath modest May.”

It was, after all, May’s potent blood that unveiled the unimaginable miracle of the Republic of Armenia 100 years ago. That same blood poured knowingly into the epic sacrifice and dignified glory of Artsakh’s national liberation struggle which began 30 years ago this May. And it surged last month, free and unfettered, through the gateway of the all-encompassing epiphany which continues to course through the full body of the rejuvenated modern-day Republic. Modest May’s potent blood most recently delivered nearly 50 members of the Armenian Bar Association to the earth and the wind and the fire of the dynamic duo of Armenia and Arstakh, to a land and people for which the organization stands and bows, indivisible in its devotion, singular in its commitment to the posterity and promise of Mer Hayrenik. During its pilgrimage from May 23-June 2, 2018, the Armenian Bar dredged deeper than ever before into the homeland’s hallowed fields of professional love and labor, which peaked at the 29th Annual Meeting among the green-swept hills and dales of the all-mighty Shushi. Emerging from a rich array of partnership initiatives which took shape in local universities, judicial chambers and courtrooms, civic auditoriums, government offices, and public welfare centers, a new executive leadership team of the Armenian Bar has been installed for the 2018-2019 year. Chairman Gerard V. Kassabian of Beverly Hills, CA, with the winds and gales of Dikranagerd at his back and in his horizon, is a top-rated lawyer who owns and operates a law firm bearing his name, specializing in trusts and estates, real estate, and family law.

“In Shushi, Artsakh, I was handed the torch that my esteemed predecessors entrusted upon me to illuminate the proverbial path, the mission of our Armenian Bar Association. We are determined to fearlessly and fiercely defend and uphold the rights of our compatriots wherever they may be.” Gerard Kassabian

Vice-Chairperson Kathy L. Ossian of Detroit, MI, with the determined terrain of Efkere, Kghi and Palou at her base, is the founder and CEO of Ossian Law, P.C., a firm focused exclusively on Information Technology Law.

“Holding our annual meeting in the Republic of Artsakh and our first newly-constituted Board meeting in Yerevan on the historic 100th anniversary of the first Republic of Armenia has renewed my commitment to help make the Armenian Bar Association even stronger, more relevant and open to all lawyers of Armenian descent as we pursue our important mission.” Kathy Ossian

Vice-Chairperson Lucy Varpetian of Los Angeles, CA, with indigenous first breaths and final farewells in Afyon-Karahisar, Aintab and Sepastia, is a Senior Assistant City Attorney in the Glendale City Attorney’s Office, with extensive experience in city governance including advising the municipality’s City Council and its Civil Service Commission.

“In 1989, the Armenian Bar Association answered the call when the soon-to-be new Republic of Armenia embarked on its road to independence and sought assistance with building infrastructure. In 2018, Արցախն էր մեզ կանչում.” Lucy Varpetian

Treasurer Saro K. Kerkonian of Los Angeles, CA, with deep roots and fallen family trees in Aintab, Marash and Sassoun is a workers’ compensation law specialist certified by the State Bar of California and works as a Senior Trial Attorney as house-counsel for Farmers Insurance Company.

“As the Armenian Bar Association celebrates next year the 30th anniversary of its founding by Raffi Hovannisian, it is a distinct honor and privilege to be part of an organization whose members represent every segment of the Armenian community, united in purpose, independent, with an unwavering commitment in service to the Armenian people, Armenia, Artsakh and the Armenian Cause.” Saro Kerkonian

Secretary Liz Al-Dajani of Evanston, IL, with the resilient DNA of Sis, is a principal of Kerkonian Dajani, LLC, where she leverages her prior career as an appellate law clerk and her interest in cross-border transactions, now specializing in state and federal appellate advocacy as well as Middle East business transactions.

“I saw in the bright and cheery eyes of the children of Armenia the eyes of my own three young sons in Chicago. During our magical trip to Armenia and Artsakh, they all became one gleaming symbol of the now happy face of our homeland. Next time, their eyes will meet face-to-face and the divisions between Diaspora and Hayastan will melt away into our unity of nation, faith and future.” Liz Al-Dajani