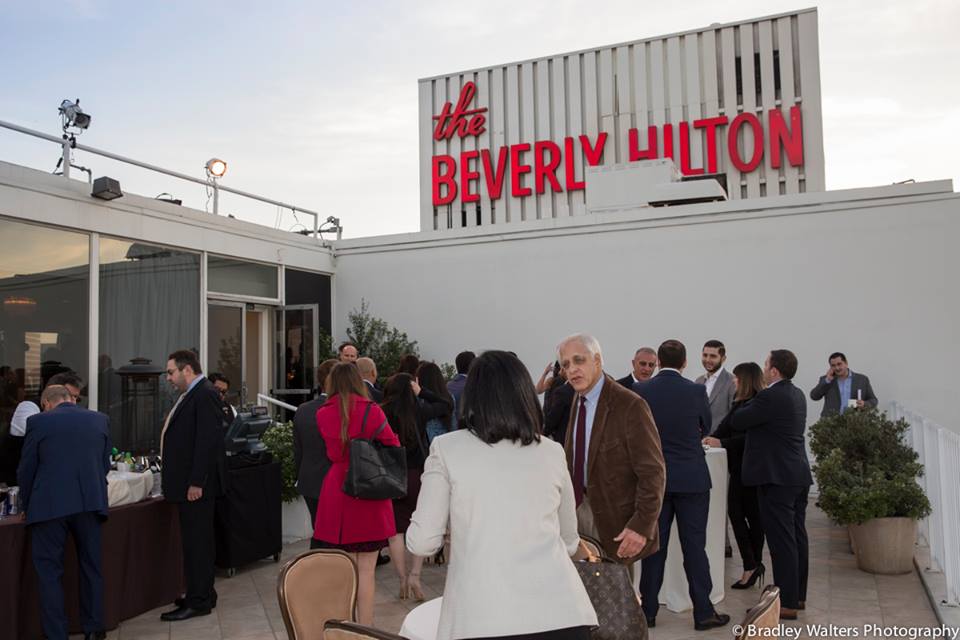 June 21, 2018 Press Releases
On Thursday, March 29, 2018, the Armenian Bar Association had another successful CLE+Soiree event at the Beverly Hilton in Beverly Hills, California. This time, it was with the participation of sister bar associations including the Arab American, Eastern European and Iranian American.  Check out our photo gallery here. The event began at 6:30 p.m. with a continuing legal education lecture that offered the scarcely found elimination of bias one-hour CLE credit, which was presented by Prof. John Tehranian, the Paul W. Wildman Chair, Professor of Law at Southwestern Law School. The presentation entitled “White Today, Gone Tomorrow? Selective Colorblindness, the Legal Construction of Race and the Debate over a New Middle Eastern North African Category (MENA) on the U.S. Census,” touched on many of the biases that white people from other regions of the world encounter because they are treated like “low-grade white people,” as stated by the Professor, meaning held to the standards of white people when criticized, yet treated as non-white when it comes to benefits of being white. In our midst were Federal District Court and Los Angeles Superior Court judges. The crowd was very receptive to the topic and had many follow-up questions for the professor.  After the presentation, the guests enjoyed the rest of the evening under the stars and wonderful weather of Beverly Hills.  the guests mingled with members and guests of the four sister bar associations. Complimentary hors d’oeuvres and refreshments were offered to the guests along with a full bar. The CLE+Soiree series of events of the Armenian Bar Association are organized by Gerard V. Kassabian. For this particular event, Gerard teamed up with sister bar associations for a joint event by: – Arab American Lawyers Association of Southern California; – Armenian Bar Association; – Eastern European Bar Association; and – Iranian American Bar Association. For future CLE+Soiree events, contact Gerard at [email protected] The Armenian Bar Association conveyed its thanks to its sponsor Mr. Shant Baboujian, Business Banking Team Lead of City National Bank.