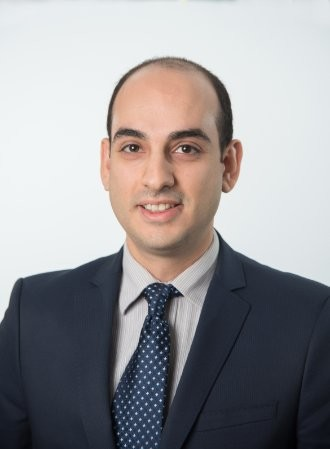 This is an exciting time for Armenia. Armenians around the world have been following the news and reading articles about the “New” Armenia. My intent is not to address what has been sufficiently covered already such as the peaceful revolution that took place two months ago or the election of a new prime minister. The purpose of this article is to discuss critical next steps. The newly elected Prime Minister, Nikol Pashinyan, and his newly appointed Cabinet have a very challenging road ahead. With this article, I want to highlight one of the most important areas on which the new administration must focus their efforts: the promotion and enforcement of antitrust laws (also known as competition laws).

Antitrust laws play an integral role in any democratic society. They are meant to promote and protect competition in the marketplace. In any healthy economy, there must be robust competition where sellers of goods and services compete against each other for customers. The idea is that competition will force sellers to offer their goods or services at competitive prices. Also, to stay in business, sellers will be compelled to maintain the quality of their products and make improvements over time. Otherwise, their customers will shop elsewhere for less expensive and/or higher quality products.

Without antitrust laws or, equally detrimental, without the enforcement of antitrust laws, as has been the case in Armenia, the entire society is adversely impacted. In a nation where the government does not regulate the marketplace and enforce competition, monopolies and oligopolies inevitably will emerge. These are market structures where there is very limited or no competition and, thus, either one firm or a few firms dominate the relevant market. As a result, sellers have no incentive to (i) offer their goods or services at competitive rates, (ii) improve the quality of their products, or (iii) innovate new products and ideas. In such scenarios, they are the “only game in town” and consumers are forced to purchase their needs from them at artificially high prices.

In addition to the economic harm to consumers vis-a-vis supracompetitive prices and lower product quality, the failure of a government to enforce the country’s antitrust laws harms smaller businesses. Monopolistic firms have dominant control in their respective markets and can create significant barriers to entry for competing businesses. Such barriers will exclude new rivals, undermine the expansion of any existing competitors, and ultimately allow the monopolistic firm to increase prices and offer substandard goods or services.

To be clear, there are antitrust laws in Armenia today. The government passed the Law on Protection of Economic Competition (“LPEC”) in December 2000. The State Commission for Protection of Economic Competition (“SCPEC”) is tasked with protecting and promoting economic competition and consumer protection, ensuring a fair and free economic marketplace and preventing anticompetitive practices. However, as mentioned above, the lack of strict enforcement of antitrust laws is equally harmful to both businesses and consumers as the absence of such laws.

The new administration needs to ensure that antitrust laws are strictly enforced in every industry in the country. The days of monopolies and oligopolies should be put in the past and, with the help of antitrust authorities and private litigants, each industry should see a rise in competition among businesses. Additionally, the government must de-monopolize imports of essentials goods to Armenia. This is an important step toward free and open markets where competing businesses can not only survive but thrive. This will subsequently result in competitive prices for goods and services sold in the country and lead to a favorable domestic business environment, which is crucial not only for local businesses but, also, to attract foreign investments.

As stated above, Mr. Pashinyan faces many challenges in his new role as prime minister. Armenians, in Armenia and in the Diaspora, have very high expectations of Mr. Pashinyan and the actions he will take during his tenure. The overhaul of the antitrust system in the country is one of the most critical steps that Mr. Pashinyan, in coordination with the SCPEC and Ministry of Economy, need to prioritize in order to promote market competition and improve the state of the economy and general consumer welfare.

Grant Petrosyan is an antitrust attorney at the New York office of Constantine Cannon LLP. Grant is also the Co-Chair of the Young Lawyers Committee of the Armenian Bar Association. To learn more about YLC, please contact him at gpetrosyan11@gmail.com.

The opinions expressed are those of the author and do not reflect the views of the firm or its clients. This article is for general information purposes and is not intended to be and should not be taken as legal advice.