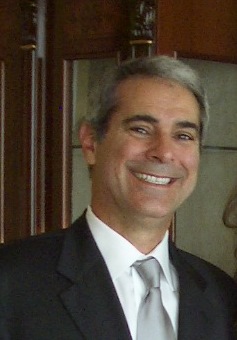 Chicago Rises to Honor The Life and Legacy of Chairman Emeritus Vicken I. Simonian

On the evening of Saturday, April 7, 2018, Armenian Bar Association members from across the country gathered at the beautiful showroom of Oscar Isberian Rug Gallery in the heart of Chicago’s historic downtown Loop to celebrate the life and legacy of its Chairman Emeritus Vicken I. Simonian.

“Vicken brought an infectious spirit of enthusiasm, camaraderie and fellowship to everything he did for the Armenian Bar Association.  Tonight, we celebrate Vicken’s life and carry on his legacy of service through this fundraiser for the scholarship fund which bares his name,” said organizing committee Chairman Raffi Sarrafian.

The event marked the second annual gathering in Chicago in support of the Vicken I. Simonian Memorial Legal Scholarship Fund.  The festivities have quickly become a premier event for the Chicago Armenian community bringing together over 100 in attendance.

The Armenian Bar Association took the opportunity to recognize and honor Oscar Tatosian, the newly appointed Honorary Consul General for the Republic of Armenia in Chicago, who has been a great friend and supporter of the work of the Armenian Bar Association.   Consul General Tatosian, who is the proprietor of the Oscar Isberian Rug Gallery, was presented with an inspiring work of art from renowned Armenian artist Seeroon Yeretsian of Los Angeles.

The evening was also highlighted by an exciting live and silent auction which featured a signed autographed jersey from famed Arsenal Football Club star Henrikh Mkhitarian.  Members and guests were treated to a delicious Armenian dinner prepared by Ani Kerkonian and were graced with the rich Armenian musical heritage by Mark Gavoor and his band.

“The evening was a huge success!  We wish to thank all of the donors who participated in the auctions and contributed generously to Vicken’s scholarship fund.  Tonight, we are closer than ever to reaching our goal of making Vicken’s scholarship an endowment. We look forward to next year’s event with great anticipation,” said Elizabeth Al-Dajani, Secretary of the Armenian Bar Association and organizing committee member.