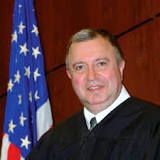 “The breadth of legal knowledge and expertise that Judge Der-Yeghiayan offers our clients is truly impressive,” said Kerkonian. “We are thrilled to be working alongside Judge Der-Yeghiayan today and in years to come on all of our global legal matters.”

Der-Yeghiayan served as an immigration judge in the Department of Justice Executive Office for Immigration Review from 2000 to 2003. In 2003, he was nominated by President George W. Bush for the district court seat and was unanimously confirmed by the Senate. He received his judicial commission in 2003 and served through February 2018. During his years on the federal bench, Der-Yeghiayan presided over many high-profile cases.

“Since I retired from the federal court, I wanted to remain active and continue to contribute to the legal profession in any capacity that I could,” said Der-Yeghiayan. “I joined Kerkonian Dajani because I am familiar with the outstanding legal work of the firm, know of the superb legal talents of its partners and appreciate the firm’s commitment to meaningful work along with its pro bono mission.”

For twenty consecutive years, Der-Yeghiayan received outstanding performance ratings as a U.S. Justice Department Attorney. Among his accolades are included the Frank J. McGarr Award of the Federal Bar Association as the outstanding federal government attorney in Chicago, the District Counsel of the Year Award from the Commissioner of the Immigration and Naturalization Service and the attorney general of the United States.

Der-Yeghiayan received his bachelor’s degree in political science from Evangel University and his law degree from the Franklin Pierce Law Center (now known as the University of New Hampshire School of Law).