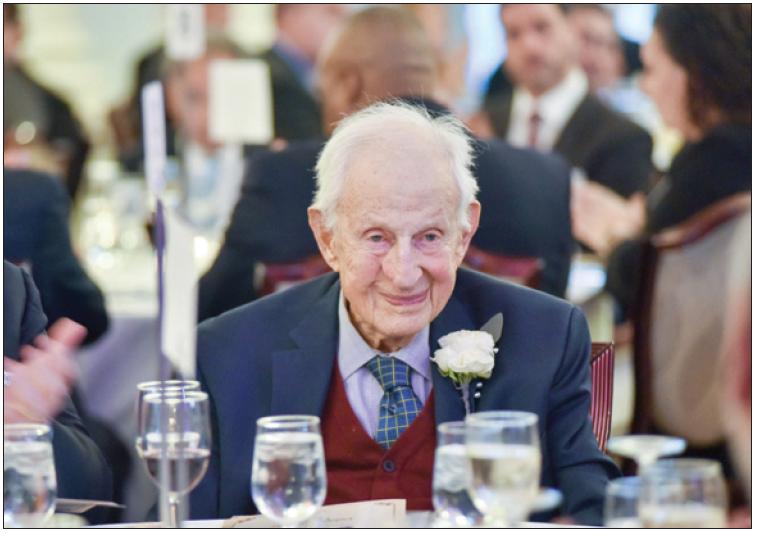 July 24, 2019 Press Releases
The Armenian Bar Association mourns the loss of a renowned public servant and legal titan, Robert Morgenthau, who dedicated himself to a long and prominent life in public service.  Scion of a family dedicated to public service and noted for its devotion to the Armenian people, Robert Morgenthau, distinguished himself for serving in the nation’s military, as the United States Attorney for the Southern District of New York, and most famously and prominently as the Manhattan District Attorney. Robert Morgenthau and his family will forever be endeared in the hearts of Armenians everywhere for their unwavering support of the Armenian people during their darkest hours. His grandfather, Henry Morgenthau Sr., who served as the United States ambassador to the Ottoman Empire from 1913-1916, was steadfast and resolute in drawing the world’s attention to the systematic atrocities, massacres and deportation marches committed by the Turkish government against Armenians in Turkey. Robert Morgenthau continued the work of his grandfather in never letting the world forget about Turkey’s systematic destruction of its Armenian population that became known as the Armenian genocide. In a more recent article in the January 18, 2018 issue of The Wall Street Journal, he asked the question “Will Trump Tell the Truth About the Armenian Genocide?” At the end of that Wall Street Journal article, Robert Morgenthau eloquently argued and pled: Every April, the president issues a proclamation recognizing the atrocity that was inflicted on the Armenian people. But bowing to Turkish pressure, that proclamation has never contained the word “genocide.” That must change. I do not underestimate the concerns of those who say the wrath of Turkey may work against U.S. interests—as I do not dismiss those who say moving the embassy to Jerusalem may complicate peace negotiations. But a just and lasting world order cannot be built on falsehoods and equivocations. Let President Trump demonstrate that commitment once more by declaring the truth of the Armenian genocide. This would send clear message to the thugs in power around the world: Your criminal acts will not go unnoticed. Because of his unwavering support of the Armenian people, The Armenian Bar Association honored Robert Morgenthau at its annual Public Servant’s Dinner in April 2018, where he gave a stirring and passionate speech. In what were probably his final words on the subject he said: Today, I am told that I am in retirement. But my grandfather’s voice will not let me rest. For there is unfinished business before us. None of us can rest until there is universal acknowledgment of the Armenian Genocide. As Robert Morgenthau and his family have never forgotten the Armenians, the Armenians will never forget Robert Morgenthau and his family. Our deepest condolences go out to his family. In the words of the venerable Armenian parable, three apples fell from heaven: one for the storyteller; one for the listener; and one for the story itself, Robert M. Morgenthau. Asdvatz hokin lusavore. Funeral Services will be held on Thursday at Temple Emanu-El at Fifth Avenue and 65th Street, New York City, at 11:00 A.M.
Tags: Armenian Genocide Morgenthau

Armenbar Approves The Establishment Of The ...