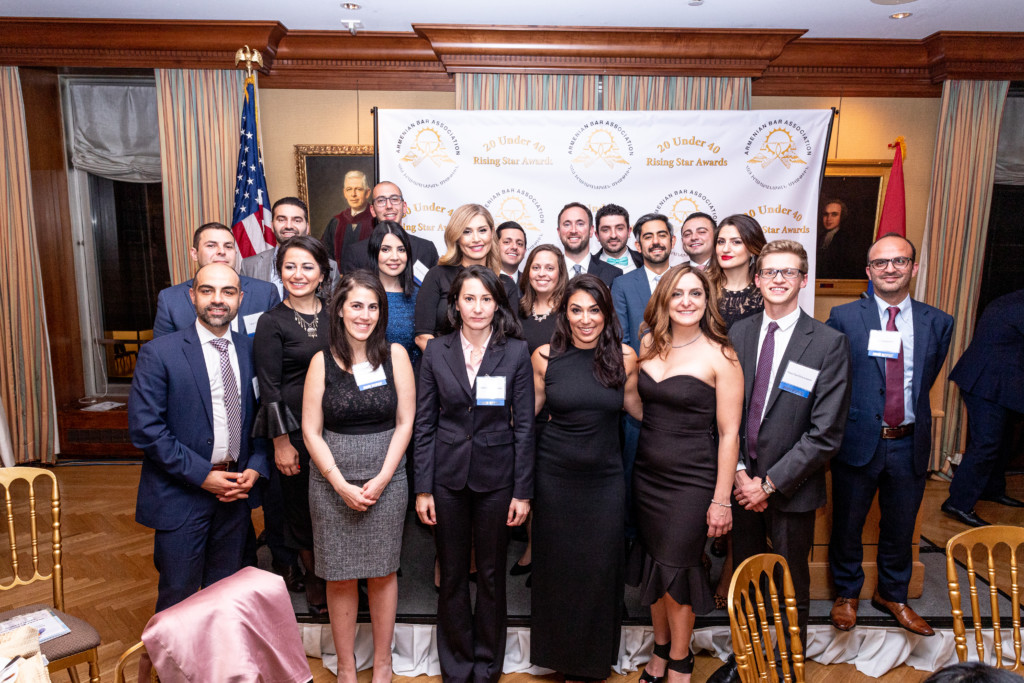 In the pleasing allure of autumn in New York City, the Armenian Bar Association held its debonair Midyear Meeting in the gilded halls of the vintage and still-lustrous Princeton Club.   Marked by extraordinary panel discussions about the exciting, challenging and changing landscapes in employment law, international practice and cross-border ADR, the hundred-some meeting attendees were at once informed and regaled by the presenters’ incisive and good-humored presentations.  The weekend program featured an upscale luncheon in a room whose walls were decked with the canvases of some of the leading pioneers who built America’s industry and, indeed, America itself.  The mid-year legal jamboree surged to sublime heights with a spectacular awards dinner celebrating the Armenian Bar’s top 20 lawyers under 40 years old who hail from many different communities in North America.

“Our 2019 Midyear Meeting was a wonderful opportunity to showcase our rising stars in an elegant and enlightening environment, all the while making everyone feel right at home,” reflected Armenian Bar Association Chairperson Gerard V. Kassabian.  “With such outstanding quality young professionals who are fast-becoming masters at their craft while also maintaining and enlivening their traditional Armenian heritage, the Armenian Bar is doubly-blessed and singularly-gratified,” added Vice Chairperson Lucy Varpetian.

The annual gathering began on Friday, October 18, 2019, in the conference room of the doors-always-open law firm of Gallo & Darmanian, where the Association’s elected leadership met to discuss important legal issues impacting our community and ways in which to impact them most positively. Among the internal issues discussed were the recent establishment of the Armenian Bar’s permanent pro-bono services office in Glendale, California, the rapid expansion and engagement of the Association’s student and younger members, the evermore rising tide of the work of the Armenian Rights Watch Committee in Armenia and in Artsakh, and the call to action and activism coming from the Armenian Genocide Reparations Committee.   Following the Board meeting, members and guests were treated at the Princeton Club to a festive and entertaining reception where there was something for everyone, with old friends refreshing their cheers and new friends looking like they were onto something special.

Michael Bobelian, an award-winning author, lawyer, and journalist rose as the brilliant centerpiece to the luncheon podium from which he caught and kept people’s attention with a fascinating synopsis of his recently-published book, Battle for the Marble Palace: Abe Fortas, Earl Warren, Lyndon Johnson, Richard Nixon and the Forging of the Modern Supreme Court Palace.