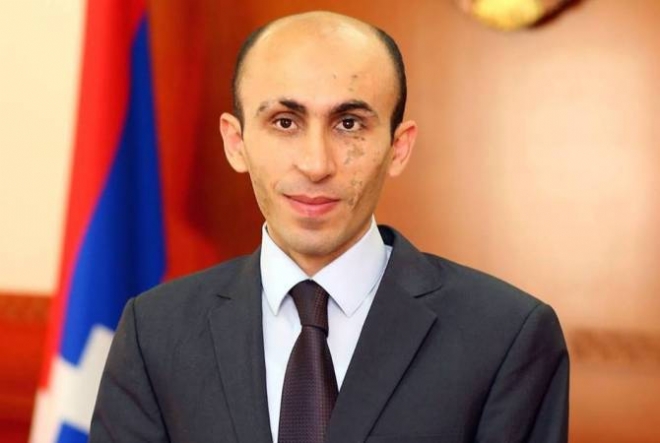 Artsakh Republic Human Rights Ombudsman published the interim report on the results of the fact-finding mission on the assessment of damage caused to the civilian population and infrastructures in Artsakh, as a result of Azerbaijani military aggression unleashed on September 27, 2020.

Ombudsman Artak Beglaryan presented the main points of the report during a press-conference held on October 1.

On September 27, 2020, at about 7:10 AM, the armed forces of the Republic of Azerbaijan making full use of air force, missiles, artillery and striking UAVs, launched an attack along the entire state border between Artsakh (Nagorno-Karabakh) and Azerbaijan targeting deep-seated civilian settlements including the capital Stepanakert.

On October 1, directly before the publication of the report, the Human Rights Ombudsman was informed that the Azerbaijani artillery once again intentionally targeted civilian objects in downtown Martuni, as a result of which 4 civilians were killed and 11 wounded. Among the wounded ones, there are several journalists, including 2 reporters from “Le Monde”, France. The consequences of the above-mentioned shelling are not included in the statistics presented in the first section of the report because of the lack of data and time.

On October 2, Azerbaijani armed forces targeted Stepanakert and Hadrut cities as a result of which 10 people got wounded. At the moment, according to the data at Human Rights Ombudsman’s disposal, the number of victims among civilians is 11 while the number of wounded is about 70.

The results of study and analysis of cases recorded after the publication of the report will be published in upcoming reports.