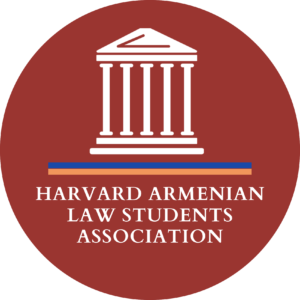 October 8, 2020 Artsakh
On September 27, with open Turkish backing, Azerbaijan launched an all-out attack against Armenia and the Republic of Artsakh (alternately known as the Republic of Nagorno-Karabakh). To Armenia and Artsakh, this is a battle for survival itself. Equivocation between “both sides” misses what is at stake. Azerbaijan’s record of anti-Armenian violence, discrimination, and cultural destruction—including the expulsion of all Armenians from Azerbaijan and the execution of Armenian villagers as recently as 2016—leaves no credible reason to expect that an Armenian enclave could be allowed to exist within Azerbaijan. Any legitimate solution to this conflict would respect Artsakh’s right to self-determination. The people of Artsakh declared their independence from Azerbaijan by a popular referendum in 1991. The young republic, which has been home to a majority-Armenian population since antiquity, had repeatedly sought to rejoin Armenia to its west. But as the Soviet Union collapsed, Armenians in both Artsakh and Armenia-proper were met with aggression by Azerbaijan—a state intent on imposing its rule over a territory arbitrarily ceded to it by Joseph Stalin. In 1994, after countless lives were lost, Azerbaijan and Armenia agreed to a ceasefire, leaving Artsakh intact until peace could be brokered. But for twenty-six years, the international community has failed to deliver. The Republic of Artsakh remains unrecognized and world powers have consistently proven negligent in securing Azerbaijan’s compliance with the ceasefire. Now, Azerbaijan, with the support of Turkey, seeks to finish what it started. Without international intervention, Armenia and Artsakh are left with limited resources to weather this existential threat. Together, Armenia and Artsakh are home to just over 3 million people, outnumbered 30-to-1 by the combined population of Azerbaijan (10 million) and Turkey (83 million). Azerbaijan also has greater spending power—with the support of Turkey’s treasury and $100 million in U.S. security aid, oil-rich Azerbaijan budgets six times more than Armenia on its military, buying it a superior ground and air arsenal replete with a massive assortment of drones. Azerbaijan does not wield this firepower with restraint. Since launching preliminary attacks in July, it has committed numerous international law violations. First, Azerbaijan’s initiation of hostilities breached the conflict-specific ceasefire agreed to in 1994, and another Russia-brokered ceasefire in 2016. Second, there is strong evidence that Azerbaijan is using internationally condemned weapons, including cluster munitions deployed against civilian targets. Third, Azerbaijan has violated the central principles of international humanitarian law: distinction and proportionality. These principles exist to protect non-combatants in times of armed conflict. In July of this year, Azerbaijani forces targeted and struck a kindergarten, bombed a PPE factory (in the middle of a global pandemic), and threatened to attack a nuclear power plant outside Yerevan, Armenia’s capital. In the last week, Azerbaijani forces have shelled civilian cities in Artsakh, including Hadrut, Martuni, and Artsakh’s capital, Stepanakert. The damage confers no military advantage, but does kill and maim civilians, forcing droves into basements and shelters for refuge. These indiscriminate attacks are violations of both distinction and proportionality, as they have caused incidental loss to civilian life and damage to civilian objects that are excessive in relation to the direct military advantage anticipated. Moreover, overwhelming evidence now demonstrates that Turkey has deployed Syrian fighters against Armenia, including a mixture of ideologically-driven militants and impoverished Syrian nationals who were misled and coerced into participating in the war. Neither category of foreign fighter has a legitimate place in this conflict. While Armenia pleads with media and international observers to relay what is transpiring on the front lines, Azerbaijan continues to deny access to journalists. There is a grave danger that the international community, preoccupied by the global COVID-19 pandemic and the upcoming U.S. election, will ignore mounting human rights violations. Perpetrators of atrocities have long acted in times of global distraction, including the architects of the Armenian Genocide, who waited until the outbreak of World War I to implement their pre-planned campaign. Inaction today tempts history to repeat itself. We, as representatives of the Harvard Law School community, unified across all ideological, ethnic, and religious affiliations, stand with the Harvard Armenian Law Students Association, and call on the United States to: 1) openly condemn Azerbaijan’s invasion of Artsakh and Turkey’s involvement in the conflict; 2) immediately halt all military aid to Azerbaijan pursuant to Section 907 of the United States Freedom Support Act; 3) use all resources at its disposal to guarantee that ethnic cleansing does not occur; and 4) mediate a ceasefire buttressed by robust international monitoring efforts. We also call on our peers to contact their representatives at anca.org/alert.   Harvard Black Law Students Association ｜Harvard Women’s Law Association ｜La Alianza ｜Harvard South Asian Law Students Association ｜Harvard Law School Advocates for Human Rights ｜

PSYCHOLOGICAL CONSEQUENCES OF WAR TRAUMA on ...