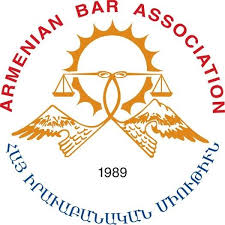 October 15, 2020 Artsakh / Press Releases
Our World Keeps Getting Smaller and Smaller By Lucy Varpetian Forty years ago, my parents, my grandmother, my sister and I stepped off an Aeroflot airplane at LAX with all of $490 in our pockets. We felt pressed to leave our Armenian homeland and our Yerevan home in order to get a fair shake at economic opportunity and basic rights. In those days, much of what is taken for granted in the United States, seemingly simple things like thinking, moving and speaking freely, bought you a one-way ticket to oppression and obsolescence in the former Soviet Union. Ten years later, with the fall of the Soviet Union, hundreds of thousands of our fellow Armenians started lining up in droves at the exit door to leave their country in pursuit of life, liberty, and, well, you know the rest. And, by and large, they found that happiness in America and some other countries. But it was a sad kind of happiness because the love for one’s native land lingers long after one’s departure from it. And now, even after Armenia’s sharp right turn towards democracy following its Velvet Revolution two years ago, it is a very sad kind of sadness that has gripped the Armenian world, not least of which are nearly half a million Armenians in Southern California and, among them, thousands of Armenian- American lawyers, law students, and judges. Why the sadness? For nearly two weeks now, 7,000 miles away from California, the native Christian-Armenian people of the Republics of Artsakh and Armenia have been weathering the death-wish designs of the armed forces of the neighboring countries of Azerbaijan and Turkey. Our physical distance from that region should pose little hindrance both to our sympathies about the loss of human life as well as to our outrage about the untoward hostility. Hundreds of Armenian civilians have been targeted and many innocent children, women, and men have been killed in their own homes by the cross-border onslaughts of the Azeris and the Turks. With so much of our attention captivated by electoral politics and a worldwide pandemic — all the more accentuated by the combination of the two phenomena with the recent news of President Donald Trump’s contraction of COVID-19 — it may be understandable that the human rights disaster that is now unfolding in and around the democratic nation of Armenia is not fully registering with us. This is nothing less than a call — indeed a cry — for the compassion and conscience of all of the officers of the court to mark the makings of another major catastrophe of immeasurable loss of lives and liberties. The latest reliable reports are that the Azeris and Turks have enlisted the unsavory services of thousands of ISIS mercenaries and have unleashed their fury on the peaceful citizenry of Artsakh. And in what can be described as nothing less than wholly unconscionable conduct, the aggressors attacked and injured international journalists and human rights workers on the ground. The number of verified incidences of international law violations grows in leaps and bounds as each day passes. Think back for a moment to 9/11 in our own country almost 20 years ago and how it changed nearly everything in our world. We, as a resilient American people, closed ranks, pulled together and, ultimately, survived the horrible evil of this great calamity. What is happening in Artsakh is the Armenians’ version of 9/11, but on a much more massive scale and with a much more ominous possible finish to their story. The continuing conflict can easily bring a tragic end to Armenian existence unless conscientious citizens and principled professionals consider embracing the plight of innocents in a different part of the world. Case in point: Turkey’s President Recep Erdoğan has publicly stated that, with Turkey’s aiding and abetting of Azerbaijan’s incursions into the Armenian sphere, he hopes to fulfill the mission of his forebears who perpetrated the Armenian Genocide of 1915-1923. Why should this matter to us, so far away from the conflict zone, so distant from our daily routines? It should matter to us because we, as legal professionals who are dedicated to the realization of rights and the enforcement of responsibilities, carry on our lapels and in our hearts a red badge of courage to protect and preserve those who, but for us, could forever remain victims. Our comprehensive commitment to life, liberty and the pursuit of peace and prosperity should know no bounds and should harbor no limitations. Lucy Varpetian is chairperson of the Armenian Bar Association.

Travel should be a basic right ...