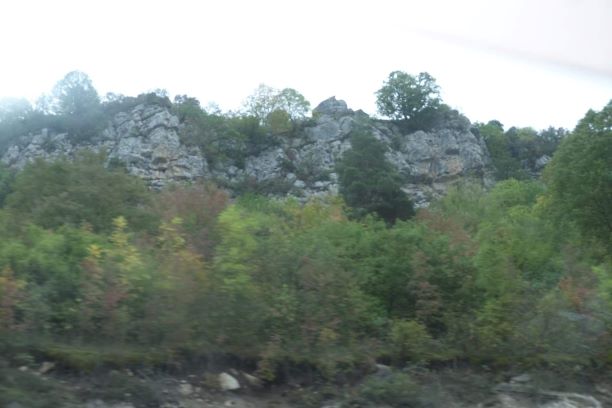 October 22, 2020 Artsakh
Entry 5  I just learned of the death of a friend’s 18-year-old brother in Hadrut. I went to visit his mother and sister to pay my respects. His mother hasn’t accepted the reality that her son has been killed. She hopes her only son is still alive. She speaks of him, telling me how much they were connected to one another. While on duty, her son was frequently calling her, even asking her to talk with him a little longer. She tells me how he made her flee to the city recently, so he wouldn’t be anxious about her safety while he was off defending the homeland with his friends. While visiting his mother, my friends and I…we couldn’t cry. I wish I could cry. But I wasn’t able to shed a single tear to show my grief. I just blankly stared into her eyes while speaking with her so, she could feel that I really sympathized. Today, his body will arrive to his beloved mother. Which means, tomorrow we, the women, will bury him. I say the women, because all the men are fighting terrorism on the frontline of our homeland. Please, remember him in your prayers. His name was Michael.    Entry 6 The day my husband told me that I had to evacuate with the children I didn’t take it seriously. Why should I leave when my entire life has been devoted to living in Artsakh? Yet now, when our homeland was facing this existential crisis and defending it was crucial, all of a sudden it was not a matter up for discussion? I felt like I was an unofficial soldier and since the war had started I had no other choice but to stay and defend my homeland.  While contemplating leaving our homeland, our neighbor, a professor of Russian language and literature, had been keeping us positive in the early days of the war with his talented storytelling, even though his own son had been drafted in the war. As the war continued, he began insisting that it was no longer safe for the children to stay in Artsakh. We started preparing to leave our home. The other women and I were convincing ourselves that leaving was our duty because by evacuating we were protecting our men. We all had an unspoken understanding that if something were to happen to any one of us it would be unjustifiable to occupy a wounded soldier’s hospital bed, use the limited supply of medicine, or occupy the attention of the heroic doctors who had spent many sleepless nights at the hospital. So, we hesitantly took our children and left our homes for the sake of our men on the frontlines. On the journey to Armenia, the nature was fantastically beautiful the entire way, with the playful colors of autumn and the forests covered with a creeping veil of mist. I took my camera out, with one kid leaning against my shoulder and another one with his head on my leg, and managed to start clicking the shutter button randomly. I tried to capture and store all of the natural beauty before my eyes – not only in my camera, but also in my mind and heart to take it with me wherever we may end up going. I was staring at the gorgeous and majestic mountains, a plume of smoke at a remote distance, and thinking how this peaceful fragile scenery could be interrupted so abruptly. As I was getting lost in my thoughts, I heard my friend ask – “Are you saying a farewell, Nar?”   I looked back at the mountains standing strong and still. Suddenly, I had a flashback of the war in 1991, when I was a 6-year-old girl and was running with my siblings to find asylum in these mountainous villages of Artsakh. “We are our mountains, we will be here forever.” I replied. We arrived in Yerevan. A regular life here seemed like a completely different dimension. My life in Artsakh was beginning to feel like it was so far away, a distant dream, as if it had never been reality. 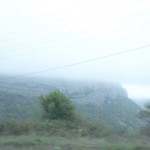 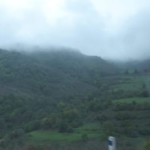 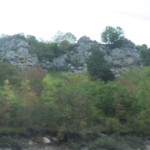