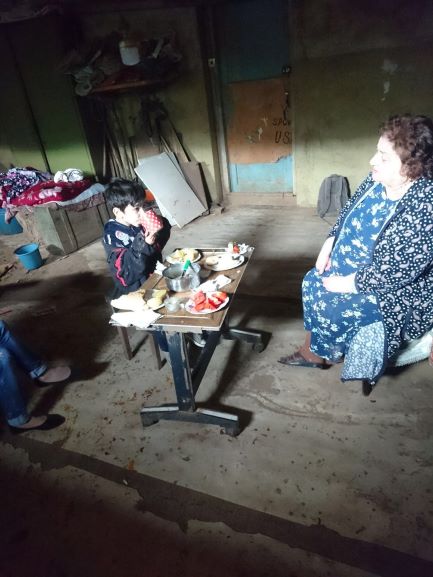 October 23, 2020 Artsakh
War is not merely about facts and figures. It is about real people with unfinished stories and broken memories.
“We could not do anything in that underground basement except wait and pray,” begins Rima Makarovna Gasparyan in the Artsakh dialect during our tele-interview. She, her son Vladimir Gasparyan and his wife Valentina, her niece Susanna Sargsyan and her son little Arman, waited in the basement the entire night until the sounds of bombings stopped in Hadrout. On September 27, 2020 at around 7:00 am, Rima woke up to the sounds of shelling. “At first when I heard the blasts, I thought it was our boys conducting a military exercise, as they often do,” she says. (The Gasparyans live near the southern border of Artsakh.) She did not even have time to comprehend the reality of the situation before Vladimir hurried them into the basement, which served as a temporary bomb shelter for the building residents. He then rushed to bring Susanna and little Arman. He managed to reach them just in time before their home was destroyed.
This experience evoked in each family member, painful, unwelcome memories of war, displacement, and pogroms. Each of them have been affected in one way or another by persecution and anti-Armenian sentiment. Susanna escaped from the Sumgait pogroms in 1988. Vladimir fought in the first Artsakh war from 1989 to 1994. Rima, the remaining matriarch, having witnessed her relatives, friends, and students perish, suffers from post-traumatic stress disorder. Rima is a retired Russian Literature teacher and former high school principal of Hadrout. “Haven’t they had enough bloodshed? How much more do they need?” she asks and pauses as if expecting an answer from me.
They awoke the next morning to find their home in ruins. Vladimir transported his family, (along with their neighbor and her young son who were left homeless) to Yerevan. He then returned to Hadrout in search of others to bring to safety. Rima’s nephews Makar Muradyan, tank commander David Muradyan, as well as David’s eighteen-year-old son Mikhail remained in Artsakh to serve in the army.
“I pray that the enemy’s hearts soften…that God rids them of the hatred they harbor against us,” Rima says with a sigh. On October 20, 2020, Mikhail was killed. As I write this article, Mikhail’s funeral procession is taking place. David will bury his only son at Yerablur Pantheon, the military cemetery in Yerevan.
This is not just a regional issue, but a direct attempt to erase the Armenian people and the Armenian identity. Our collective identity is intricately connected to every mountain, to every stream, to every tree in Artsakh. We should not have to validate our existence. Let us embrace the Artsakhian mentality of stubborn resilience. “God is with us. We will be victorious, you will see. We will return to our homes soon enough,” Rima says confidently.
(written by Rima’s granddaughter Aida Bagdasaryan) 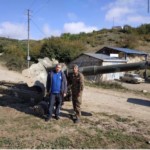 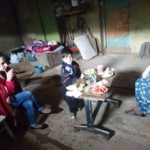 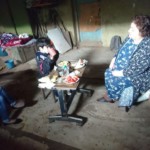 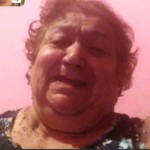 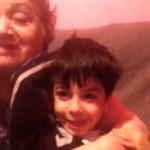 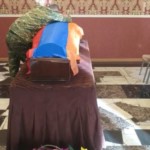 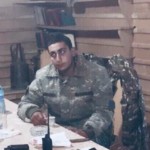 Humans of Artsakh: The War Diaries ...