The nation’s 94 district or trial courts are called U.S. District Courts. District courts resolve disputes by determining the facts and applying legal principles to decide who is right. Trial courts include the district judge who tries the case and a jury that decides the case. Magistrate judges assist district judges in preparing cases for trial. They may also conduct trials in misdemeanor cases.

Judge Burns started our conversation with “Parev, inch bes es?” I knew this was going to be a very friendly and pleasant conversation, particularly as he recounted to me that he has been married for 35 years and tells his wife all the time that his next wife will be Armenian. He attributed much, including a long and successful marriage, back to his Armenian roots and the fact that he is a religious individual. He insisted that being a good person has led him to have a blessed life, for which he has immense gratitude and then reminded me: “God’s providence has had implications on culture and people as well.”

Judge Burns was nominated to the federal bench in the Southern District of California by President George W. Bush in 2003, and confirmed shortly thereafter by a 91-0 U.S. Senate confirmation vote. Previously, he had served a magistrate judge in the same court and, prior to that, a state and federal prosecutor. His passion for trying cases was unavoidable as he recounted his own experiences and offered advice that every attorney, at some point, should try cases and not shy away from sitting first or second chair in at least a handful of trials. His most important piece of advice, however, was abundantly clear: “Always consider your reputation in any action you take as a lawyer.” Reflecting on his 36 years of experience, Judge Burns added: “Law isn’t everything—it’s just your chosen profession” and recommended that attorneys should strive to strike a balance among family, health and work. One of his few regrets, he said, was not taking more time to enjoy his life along the way.

Considering the achievements of the Armenian-American community, Judge Burns stated matter-of-factly: “Of course we are successful, we are Armenian.” He described the collective Armenian people as industrious, hard-working, smart, and highly motivated—a people who are able to overcome adversity. In fact, he attributed his own personal success to the fact that he is half Armenian. He recalled with visible somberness that his grandfather only survived the Armenian Genocide because his mother hid him beneath her undergarments and bribed a Turkish guard to secure their escape. These and similar stories of survival, reminded Judge Burns, have had a profound impact in shaping our people. He remains proud to carry his heritage forward by hiring Armenian law students when he can and maintaining a close relationship with his local Armenian church: “As Armenians, we have overcome a great deal and, therefore, we each must do our part to advance our collective interest.”

Judge Cecchi grew up and attended the Bronx High School of Science, Barnard College, Columbia University and Fordham University School of Law in New York City, the original American melting pot. She met her husband, James Cecchi, on her first day of law school. She believed that becoming a lawyer would give her a unique opportunity to give back to the community. Judge Cecchi’s first post-law school position was in the office of the Corporation Counsel of New York City, then on to private practice as a litigator in New Jersey for 24 years until being selected as a United States Magistrate Judge. Judge Cecchi was then nominated by President Obama to the United States District Court for the District of New Jersey where she continues to serve today. Her advice to newly admitted or aspiring attorneys is to be courteous and civil while remaining a strong advocate. Excellent attorneys, she maintains, present all facts to the Court, even those that are not favorable, and they know when to yield an argument if their position is not strong.

She is always mindful of how we, as Armenian-Americans, have distinguished ourselves in many fields and finds it inspiring to look back upon her own family—and to remember what they did to make what she and the rest of us have today possible. Judge Cecchi views our role going forward as working to ensure that, as time passes, our children continue to learn about our great cultural heritage: “If we do that, we forge a bond between ourselves and our past and, in doing so, maintain our ongoing success within the multicultural American community.”

“As I’m not quite five feet tall, it’s a definite novelty and not an unattractive perk of the job to be the tallest person in the room when I sit on the elevated bench in the courtroom,” says Judge Chooljian. When she was applying to the bench, there were no female Armenian judges in the country, she remembers—a fact that is no longer the case. She loves the intellectual challenge of “getting to drill down” to the facts and make educated decisions in a variety of areas of the law, and reminds us that “the civilized and peaceful resolution of disputes/conflicts – especially when one looks around the world today – is a heck of a lot better than the alternative.” One of her motivations to become a federal magistrate judge, was “so that other Armenian female lawyers/aspiring lawyers . . . could see that being a federal judge was a realistic possibility for them.”

Judge Chooljian’s career path was certainly marked with achievement. Upon graduation, she clerked for U.S. Federal District Judge Alicemarie H. Stotler, then spent two years working at Gibson, Dunn & Crutcher. She then spent the bulk of her legal career at the United States Attorney’s Office in Los Angeles prosecuting a variety of federal criminal cases. Reflecting on opportunities available to lawyers seeking federal experience, she recommended that members of the bar should take advantage of the many possibilities available in Los Angeles, such as volunteering to work on a pro se civil rights cases, undertaking limited engagements to assist with discovery or motions, and even participating in pro se clinics where lawyers can volunteer for discrete hours at a time.

Judge Chooljian is proud that Armenians have made contributions to American society in many fields such as law, medicine, literature, politics and others while, at the same time, retaining a unique cultural identity. “We, like many other ethnic groups, contribute to the rich cultural fabric that makes America what it is.” She concluded with a thought: “Maintaining that balance of being modern American citizens but retaining our unique cultural identity will always be the challenge—ensuring that our ‘Armenianness’ doesn’t melt away in this great melting pot that is America.” 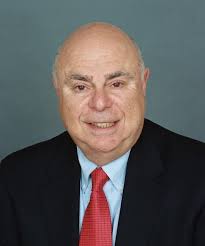 “I was a big fan of the Andy Hardy movies starring Mickey Rooney,” said Judge Tevrizian, “where Andy Hardy’s father was a Judge, and I thought that was really cool.” Judge Tevrizian was only 31 years old when he joined the California municipal bench after having made partner at the Law Offices of Kirtland and Packard only two years earlier. He served on the Los Angeles Municipal Bench for 4 years and then in the Superior Court for 6 years. He was appointed by President Ronald Reagan as a United States Federal District Court Judge for the Central District of California in 1985. Today, he is retired from the federal bench and, in addition to being a mediator/arbitrator with JAMS, he serves on the legal advisory board for Legal Zoom and the AGBU.

His advice to aspiring attorneys was specific: “Go to college and get a technical background in science, computer science, medicine, or chemical engineering.” He insisted that diverse course experience is essential and, moreover, that law schools and the legal profession are looking for people with technical and engineering backgrounds. Interestingly, after law school Judge Tevrizian worked for the accounting firm of Arthur Andersen before beginning his career in law. He believes that the legal profession is in need for more stability and more professionalism and that a change in such direction is necessary.

Judge Tevrizian’s efforts to assist the Armenian Bar Association and mentor numerous Armenian lawyers has been important to bringing cohesion to, and awareness of, the Armenian legal community, particularly in southern California. That said, he views the contributions of the Armenian community to the American society in a broader context: “Our contributions are no different from the other ethnic communities with regard to the cultural contributions they made to make America a diverse mosaic of interests.” And his advice for what the Armenian community must do moving forward is as pragmatic as it is aspirational: “We need to reduce the number of Armenian defendants in the criminal justice system.” Together with our achievements as Armenian-Americans, there are certainly difficulties we must face—and this particular challenge weighs heavily on the mind of Judge Tevrizian.

Samuel Der-Yeghiayan, Former Judge of the United States District Court for the
Northern District of Illinois 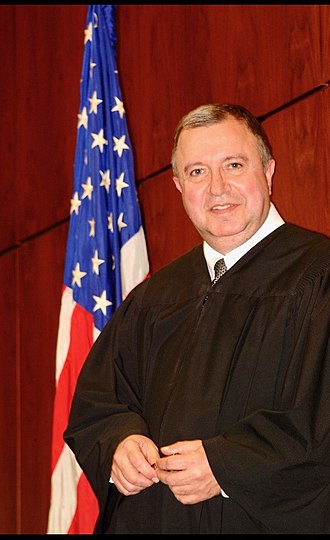 After graduating from Evangel University in 1975, Samuel Der-Yeghiayan earned his law degree at New Hampshire Law School (formerly Franklin Pierce Law Center) in 1978, and then began his law career in the United States Attorney General’s Honors Program.  He served in various capacities with the Justice Department’s Chicago District of Immigration and Naturalization Service, including as a trial attorney from 1978 to 1982, district counsel from 1982 to 2000, and acting district director from 1986 to 1987.

Notably, for twenty consecutive years from 1981 to 2000, Samuel Der-Yeghiayan received Outstanding Performance Ratings as a U.S. Justice Department Attorney from different U.S. Attorneys General. In 1986, he received the Frank J. McGarr Award of the Federal Bar Association as the Outstanding Federal Government Attorney in Chicago.  In 1998, he received the District Counsel of the Year Award from the Commissioner of the INS and Attorney General Janet Reno.  In 2000, Samuel Der-Yeghiayan was appointed, under the Clinton administration, an immigration judge in the Department of Justice Executive Office for Immigration Review.

Judge Der-Yeghiayan was nominated by President George W. Bush on March 5, 2003, for the district court seat vacated by Marvin E. Aspen, and was unanimously confirmed by the Senate on July 14, 2003.  He received his judicial commission on July 15, 2003.  Aside from his own docket, on many occasions Judge Der-Yeghiayan has served as acting Chief Judge for Northern District of Illinois; he has served on key committees for the Court and, in fact, has served, by designation, on the Seventh Circuit Court of Appeals.   The Judge has hired exceptional Armenian-American judicial law clerks, interns and externs and always has opened his courtroom for important events—including, most recently, a formal hearing conducted by U.S. Senator Kirk on the plight of Christians in Syria and Iraq due to the rise of ISIS.  The Judge has hosted visiting dignitaries from the Republic of Armenia such as former Armenian Foreign Minister, Raffi K. Hovannisian; sitting judges from the Republic’s highest courts; Deputy Public Defender of Armenia, Varser Karapetyan, and many others.

Some of Judge Der-Yeghiayan’s contributions to the Armenian-Americanexperience are well known:  he is the first immigrant Armenian-American federal judge in the United States; he has assisted young Armenian lawyers in navigating judgeships; he has spoken at numerous bar association events; and, of course, he recently represented Armenians on the very first Armenian float at Rose Bowl.  But there is more that deserves telling: his travels to the Soviet Union as a representative of the United States Government in 1988 are stories fit for a New York Times best-seller. His impressions on the impact of Soviet atheism and stagnation on human progress, which he witnessed firsthand in the late 1980s while in Soviet Armenia, are deserving of publication themselves.  His relationship with Aram I, Catholicos of the Great House of Cilicia, is a remarkable story of a childhood friendship rising to one of global substance.  His relationships with U.S. senators, U.S. congressmen, governors and statesmen are true, meaningful stories of a professional and personal life lived purposefully.