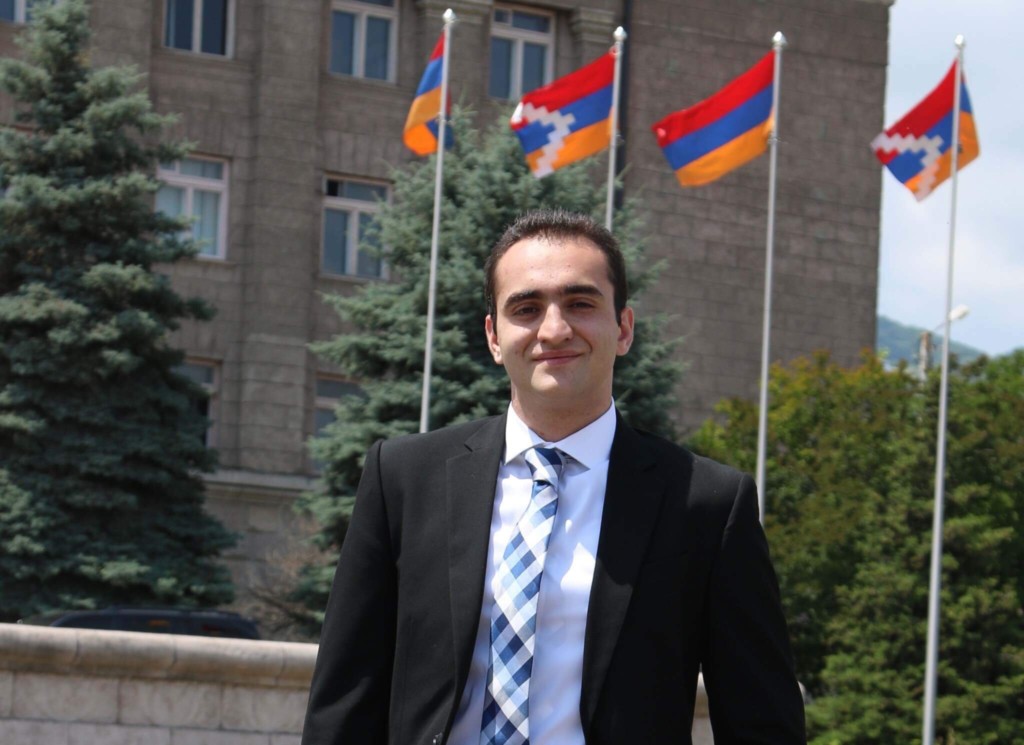 When I applied and was offered the chance to intern with the Human Rights Ombudsman of Artsakh, I knew that the experience would be exceptional for furthering my legal education and developing my understanding of international law and the issues facing Artsakh. This program did just that, but it also delivered experiences I could never have imagined. The internship began with Anahit and I introducing ourselves to the President of Artsakh, representatives of Artsakh and the ABA members present. The next few days we got to settle in, watch the inner workings of the ABA and witness the connection that the Armenian Bar Association has worked so hard to cultivate. As a student, the legal clinic available for students in the Artsakh State University, which resembles the type of clinics available to US law students closely, left me impressed and inspired. Our work began the following week. After initial introductions with the staff of the Ombudsman’s office, we familiarized ourselves with the Constitution of Artsakh, the governing law under which the Ombudsman’s office operates, and the powers and jurisdictional limits of the Ombudsman. During this time, we also reviewed several past complaints and saw how they had been handled from the first day of the complaint until the case was closed, while the Ombudsman’s staff eagerly explained to us any unclear sections. Through this exercise, we saw more clearly both the type of work and the legal paths taken by the office to resolve issues brought to their attention. We also had the chance to meet one staff member who would be traveling to the EU to work and gain international experience. We also learned of resources meant for conducting legal research in Armenia and Artsakh and compared this with the sources available for researching US law. When our internship began, the Ombudsman’s office had a vacant job position for a recent graduate, and the office was in the process of selecting candidates. There was a great deal of effort to make this process as transparent and fair as possible. One way was the administration of an objective test, for which Anahit and I were tasked with writing out several questions related to international law. Specifically, we had to study the “International Covenant on Civil and Political Rights” and the “European Convention on Human Rights” ourselves and write questions related to the documents which would test the candidates logical and analytical skills. Several of the questions we wrote were chosen and featured in the test given to potential candidates. We also worked on reviewing findings of corruption in international organizations to advise on any findings significant for Artsakh and helped edit briefs of Artsakh State University students for the upcoming international moot court competition. However, the main project Anahit and I received was to work on drafting the preliminary language of Artsakh’s Human Rights strategy. This task involved researching more than a dozen other countries strategies, reports, action plans, laws and other documents. After extensive research, Anahit and I began drafting the paper which included an introduction, background, specific challenges to Artsakh, the current situation of human rights in Artsakh, the purpose of the strategy, the measures to be taken towards improving human rights in Artsakh and a list of paramount rights which needed addressing. The document, while taking guidance from international sources, concentrates on rights and issues which are specific to Artsakh. We hope that it will prove valuable as the office further develops the strategy to create a comprehensive document which can be used to strengthen rights in the Republic. Artsakh has not previously had a national strategy on human rights, even though rights are protected in the Republic, and many rights are enshrined in the Constitution, the document will hopefully help further strengthen and develop human right protections in Artsakh. 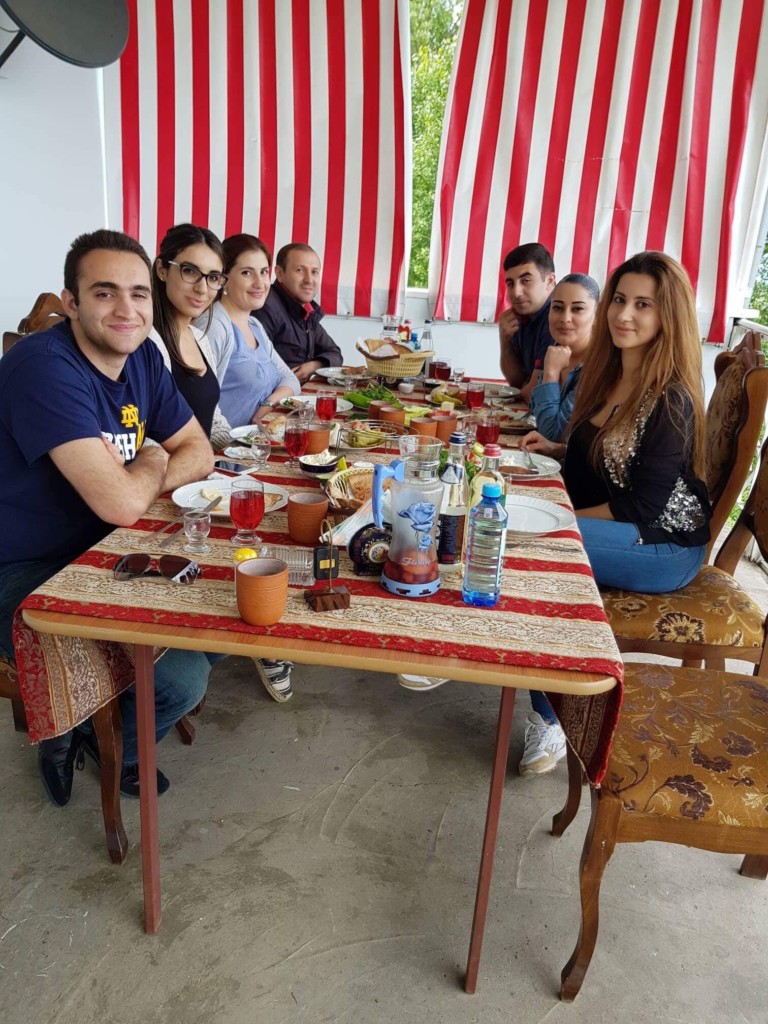 The internship also included many other enriching moments, such as speaking to underprivileged children about their fundamental rights as a lead up to the international day for the protection of children. Anahit and I answered basic questions they had, about the USA and, for most, Yerevan. While we answered their questions, we also asked our own about their lives in Artsakh. In the end, we learned a little more about life in Artsakh and saw it through the eyes of these amazing children. We also saw many citizens who came to seek help for various reasons and saw how the staff took their complaints and assisted them. It presented a real chance to see the multitude of reasons citizens came to the Ombudsman’s office seeking help, which showed us the issues related to human rights in Artsakh in a very real way. We also assisted the staff in drafting letters to state agencies as a result of citizen complaints, further helping us learn how the office handled cases as they came in. During this summer, an unprecedented event took place in Artsakh. In Stepanakert, hundreds gathered in a peaceful assembly to protest what they believed to be an abuse of power. We assisted the staff in writing out public statements and remained on call to assist in any way needed as the Ombudsman’s office kept monitoring the protests to make sure no rights of any party were violated. The discussion also turned to creating laws for citizens to apply for permits for peaceful assembly, a topic which was new to Artsakh. We watched and learned as the negotiations took place from the various political groups in the parliament, with Mr. Melikyan giving his recommendations and helping the parties compromise towards passing the legislation. While in Artsakh, we also met French-Armenian attorney Gerard Guerguerian who practiced in the field of international law and had created several projects in Artsakh. Recently, he began an initiative to hire recent graduates from Artsakh State University to work on legal research, which he supervised and advised them on. He hoped that the research projects could be used by governmental agencies in Artsakh such as the Ombudsman’s office while giving the students’ knowledge and experience from an international expert. Mr. Guerguerian also advised us on career paths and the field of international law. It was not lost on us that we sat in a café in Stepanakert named “Roots,” while an Armenian attorney from Paris gave advice to Armenian students from California and discussed ideas and projects meant to help Artsakh. Anahit and I also had the chance to appear on Artsakh State TV to speak about the Armenian Bar Association, the Ombudsman’s office and explain about the new initiative that had brought us to Artsakh. Later, we would have an opportunity to do this with Yerkir Media TV in Yerevan, where we also discussed the human rights situation in Artsakh from our perspective and the importance of the program we were participating in. During our stay in Stepanakert, Anahit and I also took the chances to explore other initiatives. We visited the Tumo center, which was my first ever visit to any Tumo center, and it left me amazed at the advanced technological capabilities of the center and the sophisticated classes offered to Artsakh’s youth for free. We also had the chance to visit the EU Peacebuilding Funds information meeting which outlined opportunities for citizens of Artsakh to get funding for projects which would enhance the dialogue with Azerbaijan. We heard promising ideas from those in the audience, and if developed, some of the projects could work to decrease tensions and help bridge the gap between the two societies. Unfortunately, we also heard how the projects are undermined by both prosecution of Azeri individuals involved and the banning of certain projects by their government. It underlined the importance of human rights and having a strong system for protecting such rights and advancing protections further. Our project of drafting a national strategy took on a new significance. 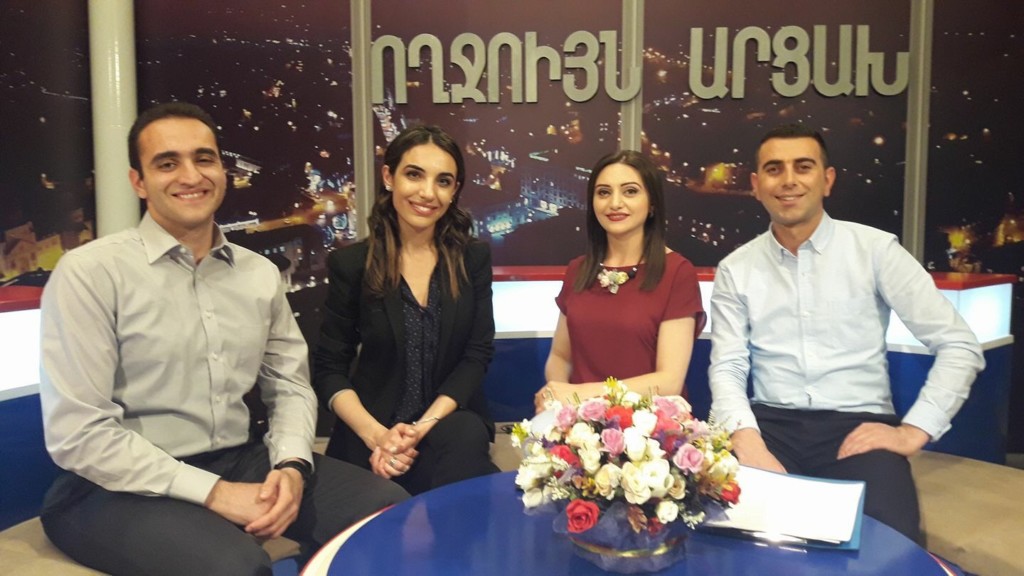 Overall, our assignments helped us develop our skills in legal research, writing, international law, and familiarized us with numerous other legal systems outside the US. It built upon our education during the first year of law school and developed our skills in a way only a program with such immersion can. Moreover, this program also gave us an education on the unbreakable spirit of Artsakh. We watched children, so full of life and joy playing in the streets, citizens assembling to protest and push for change in the system which governs them, weddings as new families formed through love and joy, friends hanging out as they laughed, joked and made plans for the future. All the while, keeping one eye to the east. All while hearing reports of the Azeri army massing on the border. All while seeing military vehicles and man in uniform in the early hours of the morning heading towards army bases. Artsakh is a place of love and joy, begrudgingly forced into a state of war. The reality of the situation is not lost on anyone, but the spirit of the people of Artsakh will not be bent. Through this program, I developed my legal education in leaps and bounds by learning about international law, legal theory, legal systems and so many other concepts. It also helped push my understanding of the international community, conflicts, and worldviews to a new level. I made amazing friends, saw the incredible beauty of the region and witnessed the issues and needs of Artsakh first hand. I am thankful for the chance given to me and I hope that the program can continue and be expanded, and I am ready to help it towards this goal in any way I can. Sincerely, Davit Avagyan