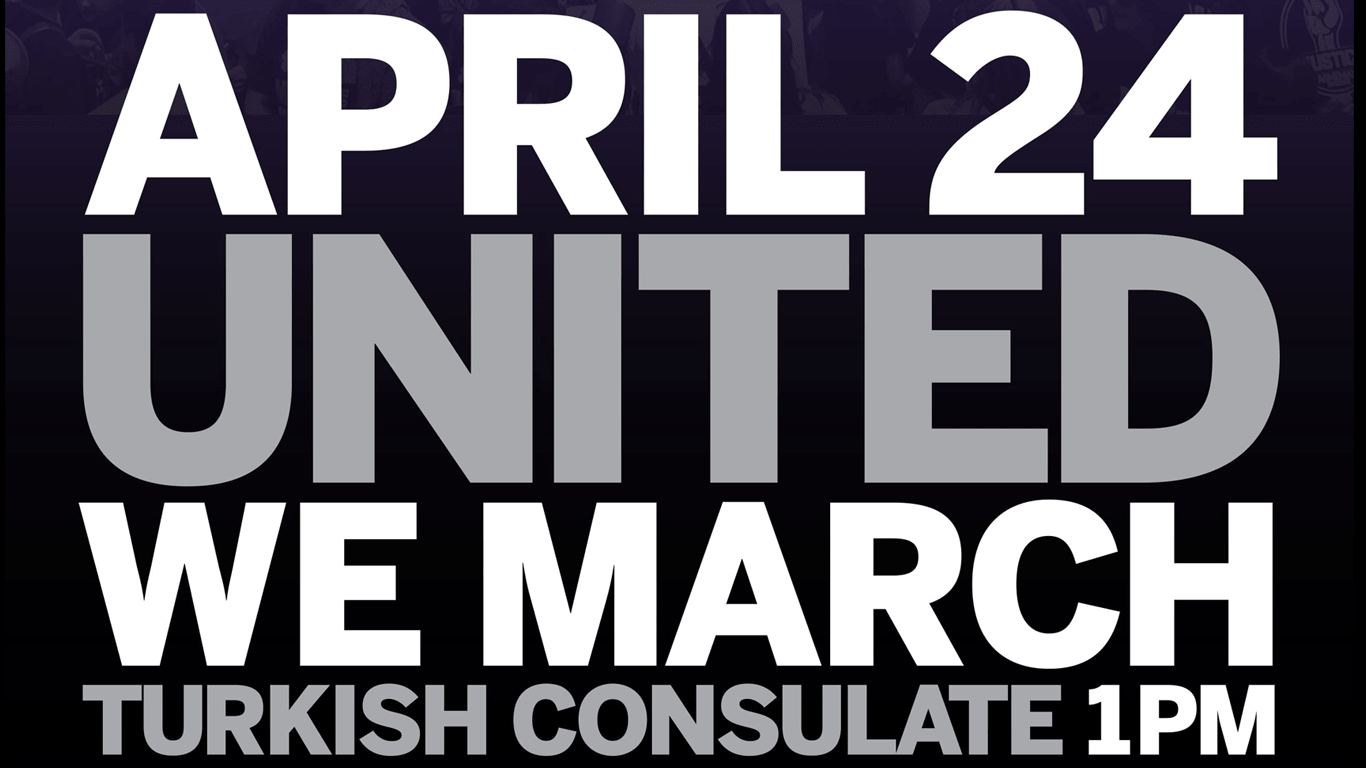 The Armenian Genocide Committee calls upon all segments of our community to join together in a MARCH FOR JUSTICE on Wednesday, April 24, 2019 at 1pm at the Turkish Consulate in Los Angeles as we continue to fight for justice and against the denial of the Armenian Genocide. Organizational leaders in Southern California call upon the Armenian-American community to remain vigilant and active as we continue to voice our collective demands for justice.

It is our belief that our voices are most loudly and effectively heard when they are unified, and to that end, we proudly announce the continued cooperation of community organizations to organize and execute the commemorative activities and demands for justice for this year under the banner of the Armenian Genocide Committee (“AGC”) consisting of the organizations and entities listed below.