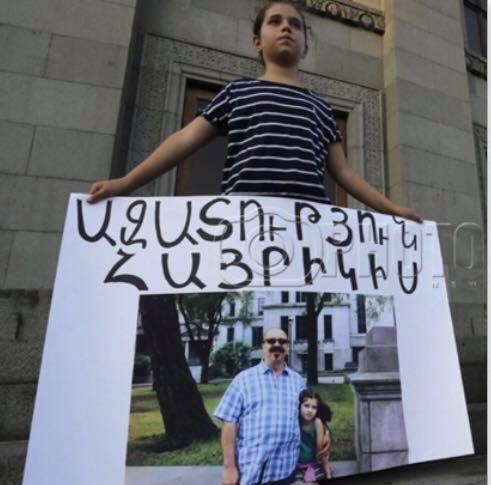 The United States Constitution guarantees to American citizens certain inalienable rights. Foremost among these is the right of Americans to be “free and safe.”

These rights, the very bedrock of American ideals, do not end the moment an American citizen crosses the United States border to enter another land. In fact, the United States Department of State stipulates that it is charged with the responsibility of protecting and assisting United States citizens living or traveling abroad.

Garo Yegnukian is a United States citizen who for the past year has been held in an Armenian prison.

The Armenian Rights Watch Committee of the Armenian Bar Association (ARWC) is concerned at the reported lack of adequate measures being taken by the United States to protect and assist one of its own citizens — Mr. Yegnukian.

In 2009, driven by a passion to help the fledgling homeland of his Armenian heritage, Yegnukian and his family took up residence in Armenia. This move was both a dream and an aspiration to put his vast experience to use in Armenia and to use his entrepreneurial skills to create business opportunities.

In July 2016, when widespread protests were taking place in Armenia, Mr. Yegnukian, among others, was arrested in the aftermath of the peaceful demonstrations. Mr. Yegnukian was accused of what the Armenian government alleged was aiding and abetting militants who had taken over a Yerevan police compound.

The charges against Mr. Yegnukian stem from alleged telephone conversations he had with the Sasna Dzrer (Daredevils of Sassoon) attempting, according to him and his counsel, to de-escalate the crisis in a responsible manner, to prevent further police brutality and to protect lives. These endeavors, the political activism and his support of the protest movement are, it appears, what led him to prison.

The prosecution and court have joined Yegnukian’s case with 13 other defendants and the court has thus far denied 3 different motions to separate his case. With this bundled prosecution, Mr. Yegnukian’s trial will now be tied up for over many years. A request for bail, even for an unprecedented amount, was also denied without articulated reasons for his detention, pending a lengthy multi-defendant trial.

The ARWC hereby calls upon the US State Department and the US Embassy to fulfill their obligations and intervene more directly, proactively and more intently on behalf of its citizen, whose rights have been imperiled if not compromised, as it has done in other similar past cases*.

We call upon Armenia to respect rights protected by constitutional guarantees, freedom of assembly, peaceful protest and free expression. The right to a speedy trial and the dismissal of illegally-gathered evidence or politically-motivated charges are the hallmarks of a true democracy.

Local and foreign observers should attend and report on all pre-trial proceedings and the trial, and by their presence and subsequent reporting, encourage Armenia and the Armenian judiciary to treat fairly and justly US citizens and indeed all people, according to precepts of national and international law.

The ARWC continues to monitor this case and urges its membership and all freedom-loving and rights-respecting people to remain vigilant, to be engaged and rise in support of the human and civil rights of Garo Yegnukian, Esq. 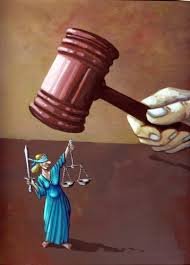 Armenian Bar Association and its ARWC call for the authorities to immediately restore order, and guarantee that defendants are afforded full due process without the threat of violence being committed against them and their counsel.

In civil society, a courthouse is hallowed ground. A sanctuary where the rule of law is hailed as predominant above all else. A bastion where a common citizen can seek redress and reclaim his liberty, when a government’s zeal at control, overreaches the bounds of reasonableness and becomes an arbitrary and capricious abuse of discretion. In civil society, a courthouse is not a boxing ring where a government can flex its muscle of brutality against those who seek reform.

The Armenian Rights Watch Committee—ARWC of the Armenian Bar Association has repeatedly and often singularly spoken out about the situation concerning the pretrial detention of those charged in connection with the Sasna Dzrer movement of last summer.

Thursday’s brutality in a Yerevan courthouse, as confirmed by Armenia’s ombudsman and reported and seen on video-footage, where as many as fifteen government security forces used the courthouse as a beating ground of Sasna Dzrer defendants and their counsel is another in a cascade of low points of reckless state action in this ongoing deplorable saga.

The ARWC strongly condemns the overt violence inflicted upon the Sasna Dzrer defendants and harassment of their defense attorneys. As an organization of lawyers, judges and legal scholars, the Armenian Bar Association also vehemently condemns the attack upon the independence of the Armenian judiciary that this assault represents.

Rough-housing and intimidation attacks leveled against legal counsel for defendants, who are officers of the court, is an affront by the Executive branch to Armenia’s entire judicial system and cannot be tolerated.

The Armenian Bar Association and its ARWC call on the authorities to immediately restore order, guarantee that defendants are afforded full due process without the threat of violence being committed against them and their counsel, and urge that prosecutorial authorities bring to justice those who committed these acts, and to account for their actions.