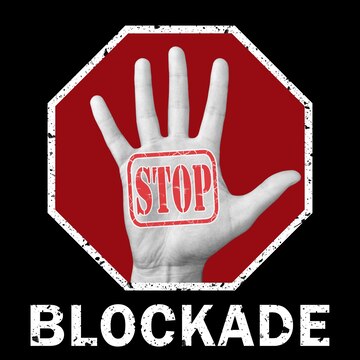 For the second time this month, Azerbaijan has choked close the only remaining lifeline between Artsakh and Armenia.  This thin humanitarian passageway, known as the Lachin Corridor, is the only viable avenue of egress and ingress between the Armenians of Artsakh and the outside world. An open Lachin Corridor is indispensable in keeping 120,000 Armenians in Artsakh safe and alive, as it is the main entry point for food, medicine, and fuel, among other necessities of life.

Azerbaijan’s cruel and brutal blockade of this essential artery is a depraved act of terror and intimidation, with the ultimate goal of ethnic cleansing and genocide as it specifically targets a distinct ethnic group.  We call on the United Nations, the European Union, the United States Government and the Russian Federation to condemn Azerbaijan’s acts of terrorism, impose international sanctions and demand the immediate, unconditional reopening of the corridor.

Azerbaijan’s illicit closure of the Lachin Corridor is one of many means it exploits to torture and oppress the population of Artsakh.  Today, it has been reported that Azerbaijan has cut off the gas supply to Artsakh in the deadly chill of winter. Consequently, Artsakh’s schools are now shuttered to protect the children from freezing to death. The population of Artsakh has been subject to psychological intimidation to leave their ancestral lands (messages are sent to villagers by loudspeakers), attacks on civilians, and repeated disruptions of their gas supply. See Report.

Azerbaijan’s recent actions sit squarely within a broader effort to ethnically cleanse Armenians from the region.  If there were ever a time, now is the moment for universal international condemnation of Azerbaijan for its dreadful inhumanity.

Understanding the state of Domestic Violence ...