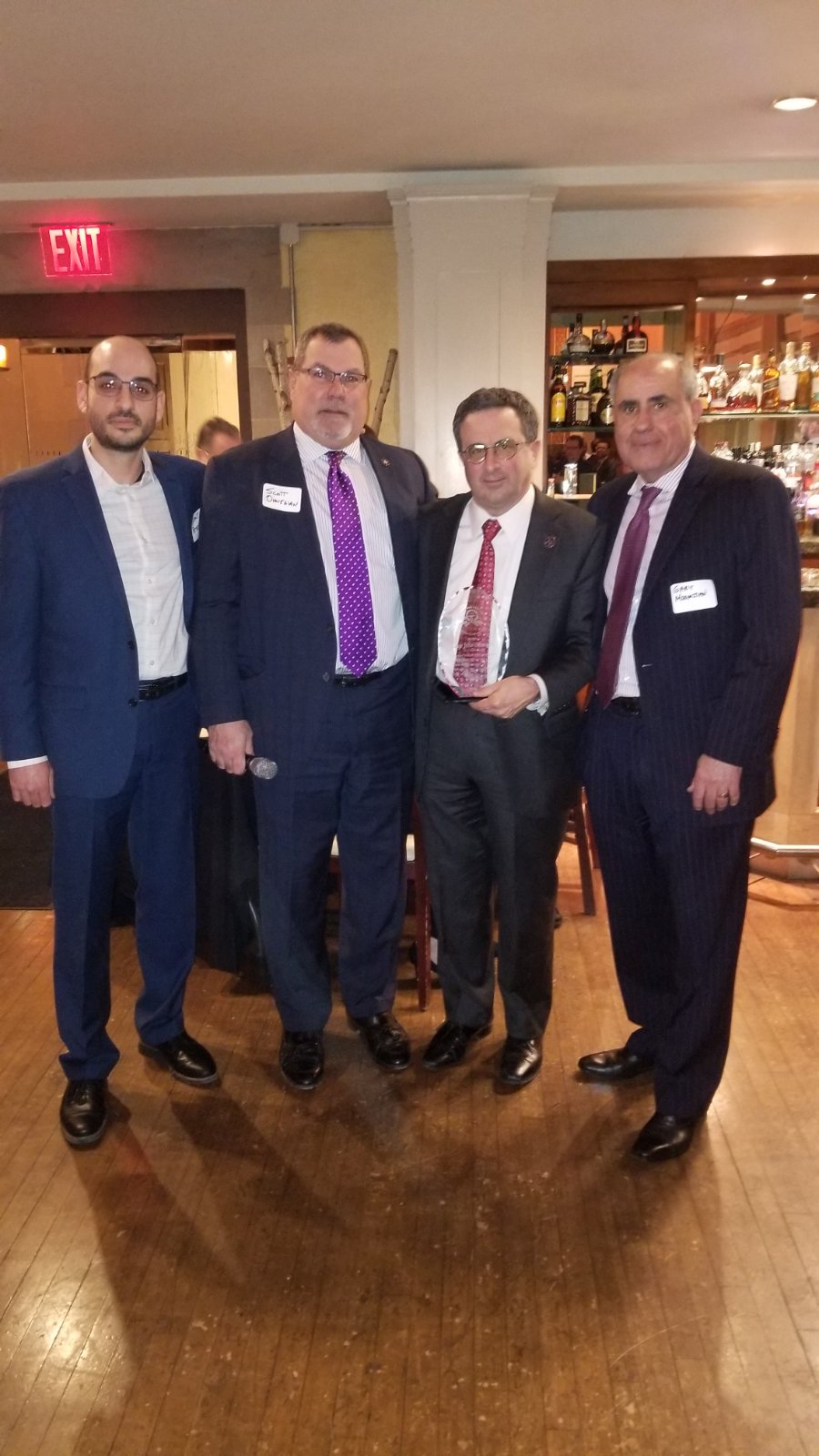 Press Releases armenianbar 0 comment
This year’s Armenian Bar Association NYC Winter Reception was held on January 28, 2020, in Midtown Manhattan at Inside Park, St. Bart’s. Over 100 members, non-members and law students gathered for an evening of networking and camaraderie. Honoree guest, Justice John P. Colangelo, Appellate Division of the Supreme Court of the State of New York, Third Judicial Department, was recognized for his continued support of the Armenian Bar Association. In his introductory remarks, Gary
Moomjian, former Co-Chair of the Chapter, and long-time friend of Judge Colangelo, expressed gratitude for the Judge’s attendance at many of ArmenBar’s events over the years and for the thoughtful advice the Judge provides to ArmenBar’s members who are interested in judgeships.

Scott Ohnegian and Grant Petrosyan, Co-Chairs of the Chapter, and Gary Moomjian and Denise Darmanian, former Co-Chairs, presented Judge Colangelo with an award on behalf of the Armenian Bar Association as a token of the organization’s appreciation. Judge Colangelo thanked ArmenBar for the recognition, shared stories of his involvement with the organization and noted that he had built many friendships over the years with lawyers from the Armenian community.

In addition to honoring Judge Colangelo, one of the highlights of the evening was the record number of law students in attendance. The NY-NJ-CT Chapter continues to support students and provides various opportunities in a general effort to assist the next generation of lawyers. The Chapter is currently planning its upcoming annual NYC Law Student Reception to be held in March 2020.”