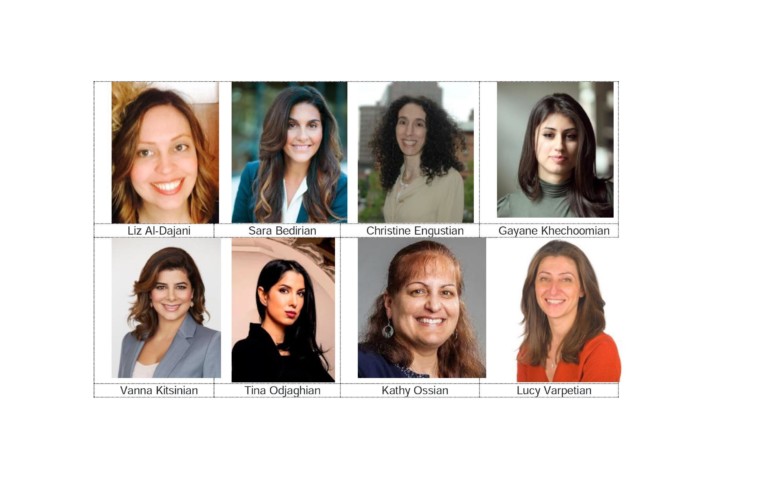 In 1915, the generation of our great-grandmothers was taken against their will as young girls, forcibly becoming child brides and sexual chattel of the enemy men.   So began the girls’ lifetimes of battery and bondage at the whim of the dirty hands and wanton bodies of the shameless perpetrator.  And now, in 2017, in our own homeland, a most disconcerting discussion is taking place in the context of the Republic of Armenia’s consideration of long-overdue legislation which would penalize the crime of domestic violence.  This is not the first time that the Armenian Bar Association has stood up for the rights and dignity of the women and girls of Armenia.[https://armenianbar.org/2016/10/26/arwc-urges-passage-of-domestic-violence-laws-in-armenia/]

In a twisted tangle of logic, public opposition to the proposed bill is bubbling up from a not-insignificant number of vocal female apologists who have derided the legislative initiative as a threat to traditional Armenian family values and as an attack on the cohesiveness of the time-honored family unit. They claim that the ruinous wrongs of their offending men should be relativized because prosecuting them would lead to the displacement of their children from the family hearth. They say that we should stay out of their business and keep our opinions to ourselves.

We say voch to the perpetuation of the vicious dehumanization of the Armenian woman, especially when the monstrous brutality is inflicted by members of the same family–father on daughter, husband on wife, uncle on niece.  Simply put, get off of our mothers, get off of our sisters, and get off of our daughters.  Enough is enough.

There is no room for criminal violence in an Armenian household—or any household– and, for this, we rise with our sisters, here, in Hayastan, and everywhere to demand that the National Assembly adopt legislation that protects the safety and security of the Armenian family. 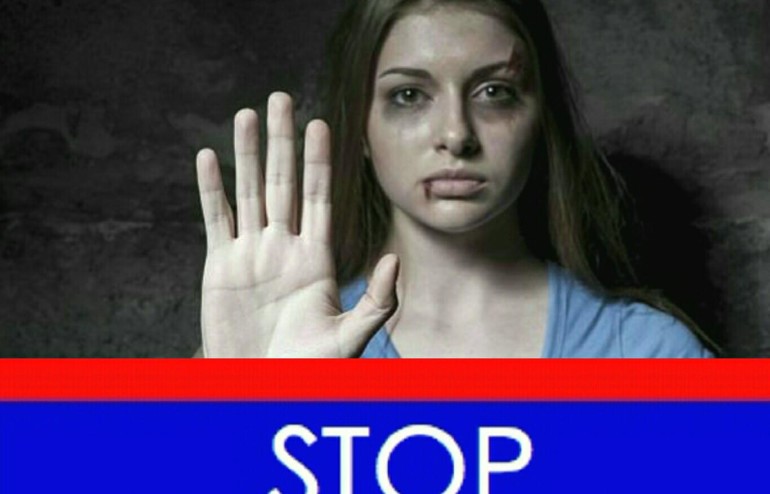 If not for the invincible survival instincts and sheer strength of the Armenian woman, our nation would have long ago been lost and finished. It is she who delivered renaissance, begat family, nurtured community, and kept country. And in return?

Domestic violence has for too long been a taboo subject in the Armenian community. There is a widespread notion in Armenia and in the Diaspora that domestic violence simply does not exist, that it is unthinkable for an Armenian man to beat his wife. Worse, violence against women is often rationalized: the man was not in his right state of mind; the woman provoked her husband; he slaps her around, so what?; the family unit is not worth destroying over something so trivial. A survey in 2007 for the Women’s Rights Center in Armenia revealed resistance to public discussion of domestic violence – for example, 88% of respondents believed domestic violence is best handled as a private matter rather than through the authorities, and only 29% of abused respondents sought help, in many cases by family members. [No Pride in Silence: Countering Violence in the Family in Armenia — “_blank” https://www.amnesty.org/en/documents/eur54/004/2008/en/]

Over the past few years, the cases of women who have fallen victim to their abusers have received widespread media coverage in Armenia and around the world. Last March, James Estrin penned a piece entitled “Domestic Violence in Armenia: Covering the Crimes That Go Unreported” in the New York Times’ “Lens” blog. [“http://lens.blogs.nytimes.com/2016/03/31/%20anahit-hayrapetyan-armenia-domestic-violence/?_r=0” “_blank” http://lens.blogs.nytimes.com/2016/03/31/ anahit-hayrapetyan-armenia-domestic-violence/?_r=0. See also, “http://www.eurasianet.org/node/%2079651” “_blank” http://www.eurasianet.org/node/ 79651; “_blank” http://armenianweekly.com/2014/10/30/confronting-domestic-violence-armenia/]

According to research conducted in 2011 by the Proactive Society Human Rights NGO, as commissioned by the Organization for Security and Cooperation in Europe, 60% of female respondents were subjected to one or more forms of domestic violence during their lifetimes, and nearly 40% reported domestic violence within the last two years of the survey. [Femicide in Armenia: A Silent Epidemic; Coalition To Stop Violence Against Women (2016), at 13.] Currently, the only two domestic violence shelters in Armenia are run by the Women’s Support Center and Women’s Rights Center, both of which provide shelter to only 15 women and their children. Both are at full capacity. In the last five years, at least 30 women were killed due to violence from a current or former intimate partner and their children were left motherless as a consequence of these murders.

In 2015, Armenian security forces recorded 784 domestic violence reports, a number which does not take into account those classified as “irreconcilable” families or those not reported at all. Each year, organizations in the Coalition to Stop Violence Against Women receive more than 2,000 calls about domestic violence cases, a number which is likely much higher. The impact of domestic violence is summed up best as follows: Serious problems confront the families and households affected by domestic violence in Armenia and its diasporas. It is a crime which destroys the household as a place of safety, sanctuary, freedom and nurturing for all household members. This violence results in tremendous costs to social services, legal, medical and criminal justice systems, as they are all confronted with its tragic aftermath.

Domestic violence affects people of every race, religion, ethnicity, education levels and socio-economic group. It is the single major cause of injury to women. More women are victimized from being beaten than are injured in auto accidents, muggings and rapes combined. The corrosive effect of domestic violence is far-reaching because its effects can remain with women and children for a lifetime, passing from one generation to another. Studies show that children who have witnessed, or been subjected to, violence are more likely to become victims or abusers themselves. Further still, children who witness domestic violence are more likely to experience delayed development, feelings of fear, depression and helplessness. [Hon. Richard A. Dollinger, et al., Exclusive Use and Domestic Violence, NYSBA Journal (July/August 2016), at 22.]

The Current State of the Law in Armenia:

What Must Be Done:

The adoption and enforcement of national laws to address and punish all forms of violence against women and girls, in line with international human rights standards, is one of the five key outcomes which the United Nations Secretary-General’s campaign “Unite to End Violence against Women” aimed to achieve in all countries by 2015. [“http://www.un.org/%20womenwatch/daw/vaw/handbook/Handbook%20for%20legislation%20on%20violence%20against%20women.pdf” “_blank” http://www.un.org/womenwatch/daw/vaw/handbook/Handbook for legislation on violence against women.pdf, at 1.]

In 2013, a draft law on violence in the family developed by Armenian NGOs with the participation of the Ministry of Labor and Social Affairs was rejected as unenforceable. [Nune Hovsepyan, Armenia: Campaigners Push On for Domestic Violence Law, “https://iwpr.net/global-voices/armenia-campaigners-push-domestic-violence-law” “_blank” https://iwpr.net/global-voices/armenia-campaigners-push-domestic-violence-law.] Calls for the passage of this law have fallen on deaf ears. However, there may be some impetus to adopting such a law. The provision is included in the EU Human Rights Budget Support Program “tel:2016-2018” “_blank” 2016-2018, signed between the EU and Armenia, with a budget of 11 million euros.

One of the conditions of the program is the adoption of a stand-alone law on domestic violence this year. The Human Rights Watch’s 2016 World Report on Armenia refers to a visit by Anne Brasseur, President of the Parliamentary Assembly of the Council of Europe, in which she called for immediate action to combat violence against women and domestic violence, as did the March report by the Council’s Human Rights Commission. [World Report: 2016 — Armenia, “https://www.hrw.org/world-report/2016/country-chapters/armenia” “_blank”https://www.hrw.org/world-report/2016/country-chapters/armenia.] Armenia has not become a party to the Council of Europe’s Convention on Preventing and Combating Violence against Women and Domestic Violence.

Both the 2008 Amnesty International Report and the recently-issued “Femicide in Armenia” report make a number of recommendations to the government of Armenia in combating domestic violence. [No Pride in Silence: Countering Violence in the Family in Armenia, supra note 1, at 39-42; Femicide in Armenia: A Silent Epidemic, supra note 4, at 45-46.]

As October is Domestic Violence Awareness month, the Armenian Rights Watch Committee of the Armenian Bar Association calls upon Armenia’s authorities to heed the call of these human rights organizations—and the muted cries of Armenian women—by adopting a comprehensive law designed to prevent domestic violence and to punish those who engage in such abhorrent conduct. The ARWC further recognizes that, in addition to the adoption of such laws and to ensure that the law is given the teeth it needs to become effective, an adequate budget and resources be allocated so that the laws can be properly and successfully implemented.

The Armenian Rights Watch Committee stands ready to assist the Republic of Armenia to conquer this important frontier of human rights and social development. The Republic must enhance its criminal justice response to violence against women and expand survivors’ access to immediate assistance and long-term resources to rebuild their lives. We all need to forge an Armenia where no one suffers the hurt and hardship that domestic violence causes. Our women and children deserve no less, and so much more.