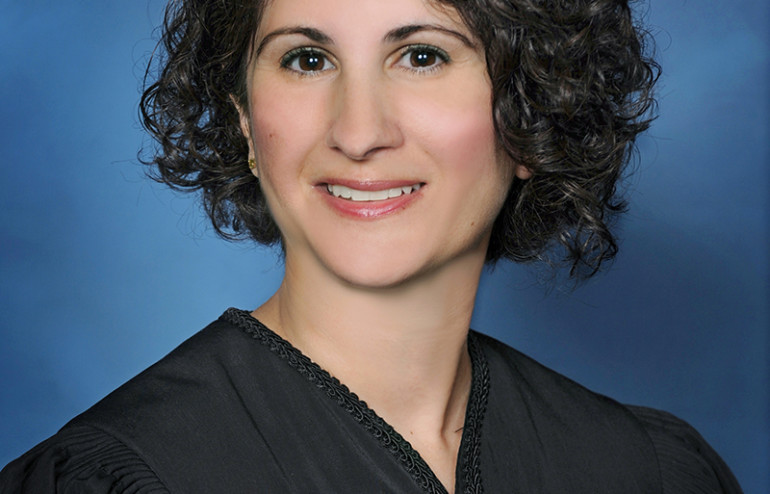 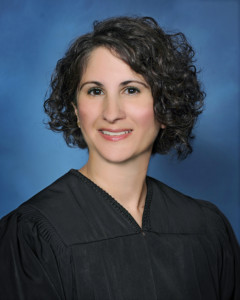 It is rare enough for Armenian-Americans to become judges in states with sizable and long-established Armenian communities stretching from California to Illinois to New York.  It is an another, altogether eye-opening blessing to welcome the judicial appointment of a deserving Armenian-American in places where our tracks are more fresh and our communities less dense.

Try New Mexico on for size!

On July 2, 2020, New Mexico Governor Michelle Lujan Grisham appointed Lucy Boyadjian Solimon as Judge of the Second Judicial District Court, serving Bernalillo County.   Judge Boyadjian Solimon, a recent member of the Armenian Bar Association, was born and spent her early years in Lebanon, was raised and educated through college in California, and graduated from law school and entered the legal profession in New Mexico nearly thirteen years ago.  For the past two years, Boyadjian Solimon had been Enforcement Bureau Chief for the New Mexico Workers Compensation Administration. Boasting a broad criminal law experience for both the prosecution and the defense, Boyadjian Solimon has also held the posts of Special Assistant U.S. Attorney for Laguna Pueblo, Assistant Public Defender in the Public Defender’s Office, and a private practitioner in defense law firms, including her own firm.   She is married to Justin Solimon who practices Federal Indian Law in Albuquerque.

In June 2020, the Armenian Bar’s Judicial Evaluation Committee (JEC), which is comprised of the organization’s most experienced lawyers across the profession’s broad spectrum, met and conferred with Boyadjian Solimon in a rigorous vetting process.  The JEC concluded that she embodied the unique, sought-after qualities that make her highly qualified to serve as a judge with honor and distinction.  Following the Armenian Bar’s in-depth interview protocol, the JEC Co-Chairs, Lucy Varpetian and Garo Ghazarian, addressed a letter of unqualified support for Boyadjian Solimon’s appointment to Governor Lujan Grisham.

Varpetian and Ghazarian encapsulated the findings of the evaluation committee, writing, “We believe that Ms. Boyadjian Solimon will maintain an excellent judicial temperament as we have found her to be an active listener, measured in her responses, and even-keeled in her demeanor. We also took note of and appreciate her engagement in community and civic affairs, ranging from her provision of pro bono legal services to participation in New Mexico bar associations to her involvement with Native American and Armenian organizations, as well as her support of various non-profit organizations. These activities reflect Ms. Boyadjian Solimon’s deep roots in her community and commitment to its well-being.”

Summing up its support for Boyadjian Solimon’s appointment, the Armenian Bar impressed upon the Governor that, “Based on the totality of our evaluation process, we believe Ms. Boyadjian Solimon will continue, as she has demonstrated during her career, to be a devoted public servant to the people of New Mexico. We are confident that if given the honor of serving as a member of the New Mexico judiciary, Ms. Boyadjian Solimon’s courtroom will be a bastion where fair play, due process, and the rule of law will prevail over all else. She will exhibit compassion, empathy, and understanding to the litigants that appear before her, qualities which are so critical today for our judiciary.”

In explaining her own reasons to Governor Lujan Grisham for wanting to become a judge, Boyadjian Solimon explained, “For several generations, my family has constantly been forced to flee and relocate due to threats of war, violence, and instability in the rule of law.  My grandfather lost most of his family in the Armenian Genocide of 1915, and was forced to start a new family in Syria and Lebanon.  When I was a six-year-old child, my family emigrated from Beirut, Lebanon to Los Angeles, California to escape the war.  This direct family history has instilled in me a deep respect for the judicial system, both as a means to prevent and deter crime and to promote fairness and protections offered under the Constitution.”

The long and storied tradition of Armenian judges in America has opened a fresh new chapter in a state whose nickname is The Land of Enchantment.  Lucy Boyadjian Solimon’s appointment as a District Court Judge makes clear that New Mexico is, indeed, worthy of that endearing description.