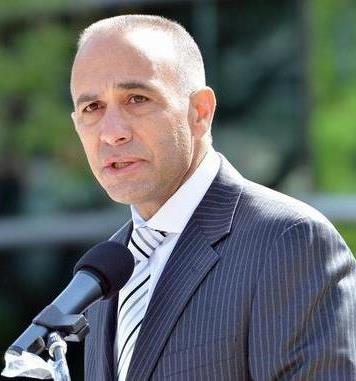 April 24, 2015 Press Releases
The Chairman’s Message on the Centennial of the Armenian Genocide By Armen K. Hovannisian (This article first appeared in the Association’s Newsletter, Winter 2015, Volume 26, Number 1) The two girls were born three months and three hundred miles apart in 1909, one in Kharpert’s Kessrik village and the other in Ordu’s seaside hills and dales. Soon enough, my grandmothers as girls were to have little in common and were to become, by circumstance, distant strangers in fate and future. On Saturday morning, April 24, 1915, Siroon, who had quickly come to be known as Sarah and whose Nalbandian family had immigrated to the San Joaquin Valley just a few years earlier, was skipping rope, jumping hop-scotch and picking up jacks among friends from her first grade class at Cherry Avenue Elementary School. She was to graduate from Tulare Union High School, marry early to larger-thanlife Kaspar, and name her four sons John, Ralph, Richard, and Vernon into whom she cemented security, confidence, America and the English language. She took the helm as naturally in the PTA and at the Emblem Club as she did the mantle in the Armenian Relief Society and the Ladies Guild at Holy Trinity. Her sprawling ranch house with the thick wood shingle roof looked onto the Sunnyside Country Club. She drove a white four-door Fleetwood Cadillac with a soft and purry velure interior. Khnguhi Kalyonchian, betraying the wistful black-and-white photograph on the credenza projecting a thousand yearold darling little girl sporting pigtails in her hair and a tennis racket in her hands, bid adieu to most of her family beginning on that day. Although she “survived” the Genocide, Khnguhi’s smile was turned down that day, at once and forever. In the years and decades to come, in picture after picture, it was one visual dirge, one unmitigated lament after another, a funeral procession that lasted for nearly all of her 91 years. Fifty years in this country and she still spoke English in choppy sentences, misconjugated verbs and mixed-up tenses, outstretched arms and expressive eyes. She went to no schools in America, made no friends, played no games. She bent her back, swallowed her pride, and went to work in Fresno’s fields. She married the quiet and restrained strength of Hovakim and named her daughters Vartiter and Nazik. The son she lost was to be named Vrej, meaning Revenge. Maybe the boy died so that his name would live in us. Khnguhi’s matchbox-sized house with the thin decaying roof was similar to the hundreds of houses which Kaspar gathered. She never drove a car. Neither did Hovakim. As we mark the centennial of the Armenian Genocide, I struggle to settle on a definition of the scope of what was lost, what was taken. Was it only the childhood of Khnguhi and the roots of Siroon? Were their sorrows and anguish really that much different from each other in the end? Were they not both disinherited of their provenance, dispossessed of their destinies, displaced even from themselves? This much I know; but for the Genocide, Siroon wouldn’t be playing hide-and-seek in Tulare and Khnguhi would have played a lot of tennis near the Black Sea. And I’d most likely be somewhere between Erzerum and Kharpert. My grandmothers and yours shared a common fundamental characteristic: they faced the darkness and insisted on a future for their families, took silent oaths to not give up, to say yes to life, to believe in the possibility of justice. To our parents, we say thank you for living strong and for showing us the way. Because they did not give up, because they believed, then we will not give up and we will believe. With the stories of these girls embedded in my life and the stories of your families engraved in yours, we must see to it that the chronic pain and continuing effects of the Genocide are not dehumanized, that they are not examined only analytically and scientifically, that their significance is never lost or forgotten. Though it is now a hardening scab, we cannot let the bleeding wound to be forgotten. Only when it is personalized will it be real enough to play a role in the decisions we make. These memories of hardship may test our hopes and try our conscience, but memory is our sacred duty, not simply to remember, however, but to act. Let us tell the world not only how our people died, but also how they lived, how they loved, how they hoped, how they dreamed. The Armenian Bar Association is one of the places where those stories can come together to be shared and where the bleeding may finally find a way to stop. And although so much has already been written and spoken, mere words—mine and yours–somehow are not enough. Remembrance without resolve is a hollow gesture. Awareness without action changes nothing. “Never again” without follow-through means “Wait till next time.” As we enter the second century after the Genocide, we are now poised and prepared to take care of ourselves. Perhaps it’s time that we should not coddle public officials so slavishly, we should not grovel to governments with upturned palms, we should not seek shallow solace in recognitions, splinters of victory in resolutions. We should not rely on someone else to make us whole. Because they can’t. They never could. From now on, let our redemption begin and end with us.
Tags: Armenian Genocide

Women Leaders Of The Armenian Bar ...