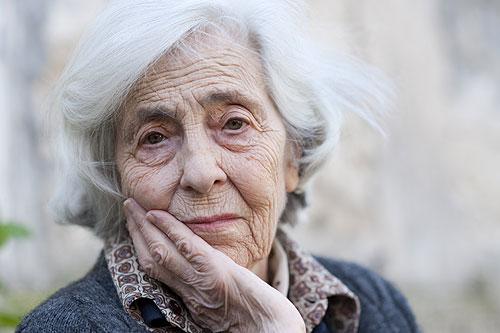 January 5, 2018 Uncategorized
In late 2017, the administration of a prominent Los Angeles-area Armenian high school alerted the public that a group of youths, pretending to be students from the school, had entered apartment buildings and approached homes with the intent to target and swindle the elderly. These young impostors claimed to be Armenian school students and concocted a scheme of abject dishonesty in which they fabricated a sales pitch that they were collecting much-need funds for the betterment of their school library. Understandably, many elderly Armenians responded to what they believed to be genuine calls for financial assistance and handed over their money for what they thought was a good cause. To help bring these deceitful acts to an end, the Armenian Bar Association moved swiftly and contacted Onnig Bulanikian, Director of the City of Glendale’s Community Services and Parks Department. The Armenian Bar proposed partnering with the Department’s Senior Services Division to present to the senior-citizen community a series of “Know Your Rights” lectures so that they may be made aware of and in a better position to protect themselves from such and other deplorable attempts of abuse. “The elderly members in our community are an especially vulnerable segment of the population who, unfortunately, sometimes find themselves to be the victims of abuse and financial scams designed to take advantage of them,” said Saro Kerkonian, Chairman of the Board of the Armenian Bar Association. “Working with Glendale city officials, we identified the areas of greatest need and developed a program to educate the elderly and their caretakers to heighten awareness of the issues and take steps which will protect them from falling prey to the unscrupulous who seek to take advantage of our senior citizens,” added Lucy Varpetian, Armenian Bar Association Member and Senior Assistant City Attorney for the City of Glendale. To accomplish the goals of the partnership, two primary objectives were set into place:  First, the City of Glendale’s Community Services and Parks Department translated into Armenian a detailed informational brochure, which explains the various forms of abuse that the elderly can be subjugated to, provides tested methods which the elderly can implement to avoid becoming victims of abuse, and also provides references to social service agencies which can assist once an act or acts of abuse take place.  The brochure will be disseminated throughout the City of Glendale, at locations such as the public social service centers, libraries, City Hall, and other similar public-gathering venues. The second manner in which the elderly will be served through this program is by way of public forums where noted experts in the field will speak about the subject of elder abuse and financial scams directed at the elderly.  The first two presentations will be taking place on January 17, 2018, at 10:30 a.m. at the Adult Recreation Center located at 201 E. Colorado St., Glendale, CA 91205 (presented in Armenian).  The second lecture which will be presented in English will be held on February 8, 2018, at 10:30 a.m. at the Sparr Heights Community Center located at 1613 Glencoe Way, Glendale, CA 91208. Los Angeles Deputy District Attorney and active Armenian Bar member, Amy Ashvanian, who has successfully prosecuted numerous defendants accused of elder abuse, will impart her years of prosecutorial expertise to attendees at these first two events.  Admission to the events are free of charge. For more information, please call (818) 548-3775.  A copy of the brochure in Armenian may be found here: https://armenianbar.org/resources/
Tags: ArmenBar Elder Abuse Elder Scam Financial Scam Glendale

MESSAGE FROM THE CHAIRMAN