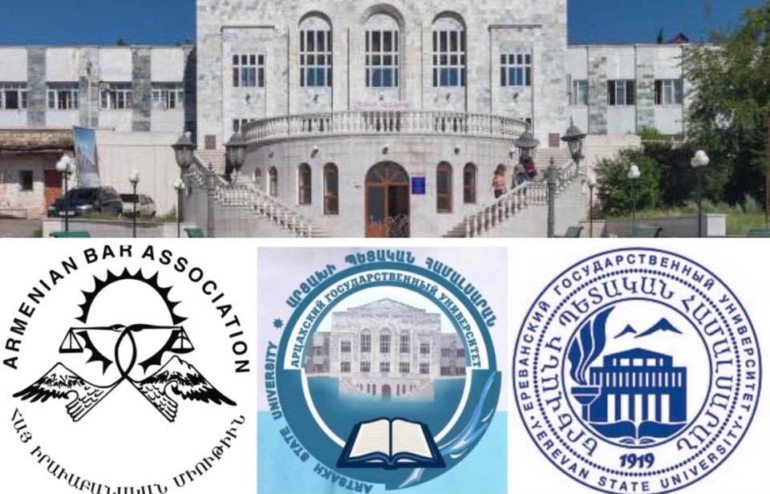 March 19, 2018 Uncategorized
The Armenian Bar Association is pleased to welcome two law students, one from Notre Dame and the other from U.C.L.A., for its inaugural Artsakh Legal Internship Program which will be headquartered in the capital city of Stepanakert. In 2017, the Armenian Bar, working closely with Human Rights Ombudsman Ruben Melikyan, established the program to provide hands-on experiences and real-life opportunities to students who have demonstrated a keen interest in human rights and a personal commitment to the democratic and institutional development of Artsakh. The internship program will kick off during the summer of 2018. The two Armenian Bar interns are Davit Avagyan and Anahit Sargsyan. Davit grew up in Armenia and, in his words, he first conceptualized the idea and essence of human rights through the plight of Artsakh to be safe and secure. In 2006, his family moved to the United States, where, though far away geographically, he remained entrenched in the day-to-day happenings in Armenia and Artsakh. According to Davit, it was the national security situation of Artsakh, and in particular the heroism of the young soldiers who protect its borders, which drew his interest in human rights, politics and international relations. Davit majored in political science, while emphasizing studies in international relations, at University of California, Davis. In his four years at U.C. Davis, he chose studies which exposed him to issues such as sovereigns’ territorial integrity, war and peace, and other issues which Armenia faced. He also took on a secondary academic discipline in human rights. 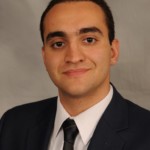 During his studies, Davit always conjured Artsakh and made a point to connect what he had learned about human rights and events in other nations with the historical and present-day situation in Artsakh. In 2017, Davit began his legal studies at Notre Dame Law School, where he joined several of the human rights-related organizations on campus such as the International Human Rights Society and the Exoneration Project. “My previous experiences are dwarfed by the extraordinary opportunity created by the Armenian Bar Association and the Artsakh Ombudsman’s Office through this program. Having the opportunity to work with the Ombudsman of Artsakh on human rights issues would not only drive my education of these issues to a new level, but it would give me the opportunity to put my knowledge and experience to use regarding an issue close to my heart.” said Davit. 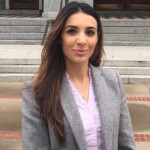 Anahit Sargsyan was also born and raised in Armenia, and grew up witnessing the devastating consequences of the Artsakh liberation struggle and ensuing war. Her father was a volunteer who joined the efforts to protect and serve Artsakh before she was born. At sixteen years old, Anahit took college entrance exams and was admitted to the Yerevan State University’s (YSU) Law Department. In 2010, Anahit moved with her family to Sacramento. She currently has two teenage cousins serving on the frontlines of Artsakh, and, according to Anahit, their commitment is a vivid example of the day-to-day issues, local challenges and possible mechanisms to strengthen the peace and secure human rights in such a precarious situation. Anahit has served as a legislative aide at the California State Senate, where she staffed the newly-formed State Senate Select Committee on California, Armenia, and Artsakh Mutual Trade, Art, and Cultural Exchange. In this position, she learned about the most pressing economic and social issues facing Artsakh. “Interning in Artsakh will allow me to gain first-hand exposure to both international and local human rights issues. Moreover, it will give me the opportunity to contribute the skills that I have acquired so far to the Ombudsman’s work. My hope is to not only learn more about Artsakh, but to bring my knowledge back to share with my peers and be a better advocate for Artsakh in the United States.” said Anahit. The Human Rights Ombudsman is an independent Constitutional official, who observes the maintenance of human rights and freedoms on the part of state and local self-government bodies and officials, contributes to the restoration of violated rights and freedoms and improvement of the laws and regulations related to human rights and freedoms, deals with human rights issues related to the Karabakh conflict, and answers to the National Assembly (Parliament) of the Republic of Artsakh. Any individual, regardless of ethnic origin, sex, citizenship, residence, race, age, political or other affiliation and activity can apply to HRO. To learn more about the internship opportunity, please visit: https://armenianbar.org/internship/

Armenian Bar Partners with the City ...

In The Shadow of Territorial Conflict ...