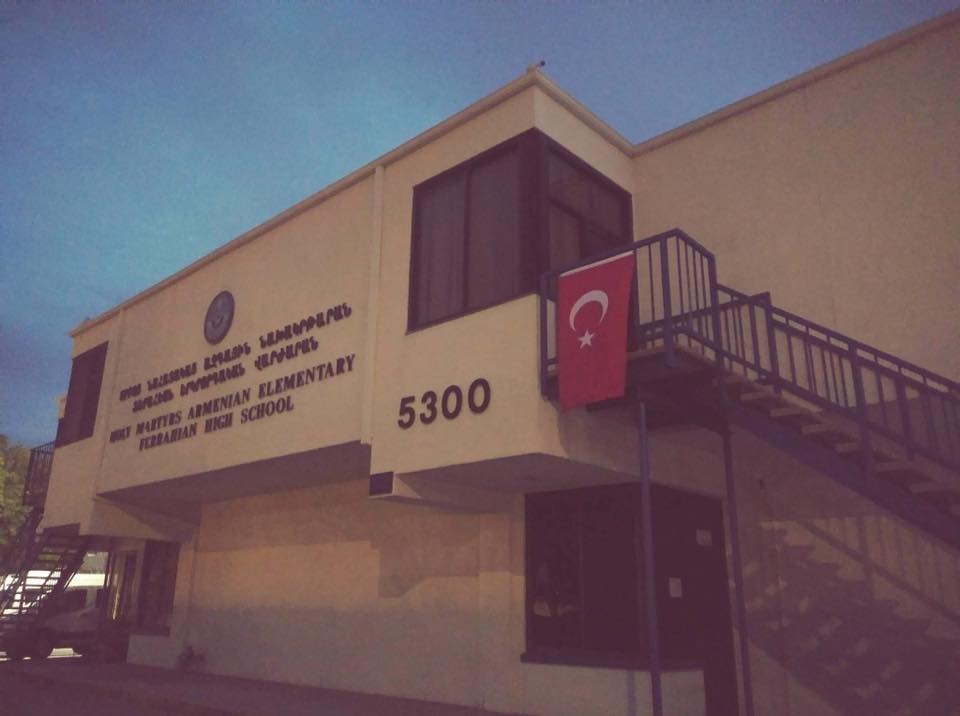 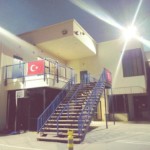 In the early morning hours of January 29, 2019, in Los Angeles, CA, Holy Martyrs Ferrahian High School and the AGBU Manoogian-Demirdjian School, in San Fernando Valley were vandalized in what police deem a hate incident and what we view as hate crimes aimed to victimize Armenian students, parents and an entire community of descendants and survivors of the Armenian Genocide. Turkish flags hanging on Armenian School campuses in 2019 is absolutely unacceptable.
For any #Armenian that believes that the domination, degradation and dehumanization by the Turk is a century-old story and that Armenians need to move on, they should stare carefully at the staircases and balconies of our schools—7000 miles and a hundred years away from those deserts. Many of our grandparents who returned to Armenian towns a 💯years ago during the forced marches of the Armenian Genocide of 1915-1923, after their walk through the deserts, orphaned, only to see those same occupying flags draped over their churches, their streets and their homes, in 2019, live on, through each of us. Today’s display of hatred against us Armenians is like spitting on our martyrs’ graves; worse, spitting on the faces of their great-grandchildren, now a century on and a world away from their native hearth. Hatred—unfettered, indeed unchecked—travels so well through place and time. There will be a Press Conference today at 5:30PM at Ferrahian High School. We will be there! We join our partners, ANCA Western Region, AGBU Western District, AYF, and many others, in Solidarity. ARMENIAN RIGHTS WATCH COMMITTEE—ARWC; ARMENIAN BAR ASSOCIATION