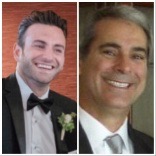 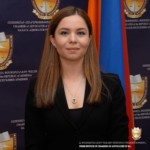 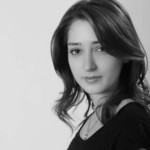 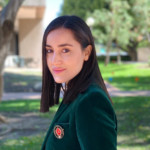 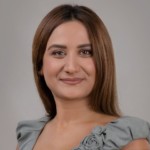 Los Angeles—The Armenian Bar Association recently announced the recipients of the organization’s 2018-2019 scholarship programs:  The Vicken I. Simonian Memorial Legal Scholarship and the Andre Kazangian Memorial Legal Scholarship.  Scholarship Committee Chairwoman, Christine J. Engustian, of Rhode Island,  stated that , “As we celebrate Women’s History Month and recall that 2018 was the International Year of the Woman, it was only fitting, by coincidence, that for the first time in our 30 year history, the Association chose a list of all women scholarship recipients.”

The Andre Kazangian Memorial Legal Scholarship was established in the name of Andre Kazangian, a student member of the Armenian Bar Association, who was a third-year law student at the Thomas Jefferson School of Law in San Diego, just a couple of credits shy of earning his Juris Doctor degree when he tragically passed away, breaking our hearts and testing our faith.  In an extraordinary showing of gratitude, dignity and respect:  the Dean of Thomas Jefferson posthumously conferred a J.D. degree on Andre, which was accepted by his family members in the presence of law school faculty and students, members of the Armenian Bar Association, and Andre’s friends.  In a lasting tribute to Andre’s legacy, his parents, Vahik and Meline Kazangian of Glendale, California, established and generously funded the Andre Kazangian Memorial Scholarship which is now embedded in the Armenian Bar Association’s scholarship platform.

We are so very proud of the exceptional achievements of the five students who were approved by the Board of Governors for the 2018-2019 academic to receive the Vicken I. Simonian and the Andre Kazangian Memorial Legal Scholarships, said Student Affairs Committee Chairwoman, Elizabeth Al-Dajani.

This year’s outstanding class of awardees include:

Andrea Mansourian is attending John Marshall Law School, in Chicago, Illinois, where she is a candidate for the Juris Doctor degree in 2019.  While at John Marshall Law School, she has demonstrated outstanding academic work having been selected for the Dean’s List, a Dean’s Scholarship and having been a member of the School’s Moot Court team on multiple occasions.  She founded and served as Chairman of the Armenian Church Youth Organization of America.

Narine Lalafaryan is attending the University of Cambridge, Cambridge, United Kingdom, where she is completing her studies for a LL.M. in Commercial Law.  She received her Bachelor’s Degree from the Faculty of Law at Yerevan State University and an LL.M. from the American University of Armenia, where she received the LL.M. Student of the Year award in 2013 and 2014.  Included in her service to Armenia is her participation at the Peace Building in Eastern Europe Conference, hosted by the United State Embassy in Moldova as a representative of Armenia, being a member of the School of Advocates of Armenia and being legal counsel to the Zangezur Copper Molybednum Combine among numerous other achievements.

Anzhelika Ishkanyan is a graduate of the French University of Armenia, Jean-Moulin Lyon III University where she received a Bachelor of Laws degree in 2014.  Thereafter, she continued her legal education at the University Pantheon-Assas, in Paris, France, where she received a Master of Laws in Corporate Law in 2015.  She currently is enrolled at the Harvard University Law School in Massachusetts where she is a candidate for her second LL.M.  Among her service to Armenia, she worked at the Central Bank of Armenia, Insurance Foundation for Servicemen of Armenia, and the Association of Accountants and Auditors of Armenia, in addition to many other projects and programs of Armenia with which she has been involved.

Arusyak Julhakyan After receiving a Bachelor’s and Master’s Degree in Public Administration at the State Engineering University of Armenia, Ms. Julhakyan attended Warsaw University in the Pre-Doctoral Studies Program in European and International Law with a Specialization in Human Rights.  She was admitted to the LL.M. program at the University of Southern California Gould School of Law, when the Velvet Revolution took place in Armenia.  At that point, she decided to suspend her education and return to Armenia, where she ran for and was elected as a member of Armenia’s National Assembly.  While Ms. Julhakyan was unable to accept our scholarship, we wish to acknowledge her outstanding academic record and her devoted public service to the Republic of Armenia.   She serves as an exceptional role-model to Armenian youth and represents the best of Armenia’s future.